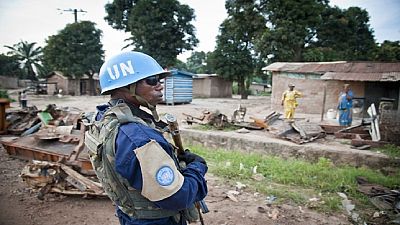 A Bangladeshi peacekeeper was killed in the Central African Republic (CAR) – the third this week – when the convoy he was travelling in came under attack, Minusca said in a statement.

The ambush took place in the northwestern part of the country.

“The Bangladeshi soldier was on patrol about 25 kilometers southwest of the city of Bocaranga when he was killed by an unknown gunmen,” Minusca said.

The killing of the Bangladesh soldier happened just a day after two other peacekeepers from Morocco were reportedly killed in the southeast in a seperate incident.

The Moroccan soldiers were accompanying a convoy of fuel trucks from Zemio when gunmen opened fire. Two other soldiers were wounded in the assault.

More than 12,000 peacekeepers have been deployed in CAR to help restore order in the landlocked country.

CAR has in recent weeks being experiencing a wave of violence following a recent lull that enabled the nation to hold a peaceful vote last year.