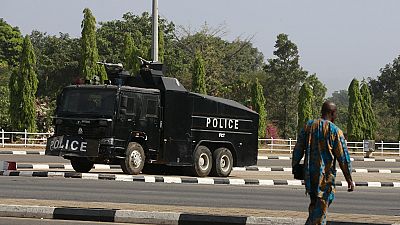 Nigerian police said on Wednesday that it had foiled a bomb attack on one of the main bridges in the economic capital, Lagos, planted by a separatist group.

Police spokesman Don Awunah said in a statement that the target was the Mainland Bridge linking the island’s business district with the rest of the metropolis.

“After a long and difficult surveillance, the main suspect, Abiodun Amos, alias Senti, leader of the group trying to bomb the Mainland Bridge in Lagos, was arrested on November 2, 2016 with two AK-47 assault rifles,” he said.

“The main suspect is an Ijaw, a native of the Ese Odo region of Ondo State. He is an expert in explosives, a specialist in the manufacture of large scale explosive devices for terrorist purposes,” the police spokesperson said.

The leader of the group provided information leading to the confiscation of two cartons of explosives and 125 detonators in the trunk of a car ready to be driven towards the bridge, the police explained.