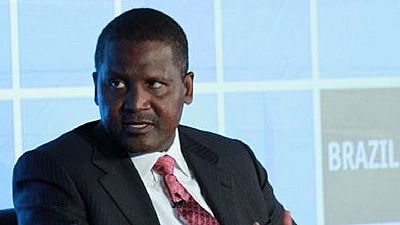 Africa’s richest man, Alhaji Aliko Dangote’s fortune has fallen by 35% this year, on the back of a commodities slump and a devaluation of the Nigerian currency, Bloomberg reports.

The global business news outfit had reported in June that Dangote lost $37 billion as a result of the naira devaluation against the US dollar two months ago.

The 35% loss is equivalent to $5.4 billion, Bloomberg further reported. Nigeria’s economy officially slid into a state of recession for the first time in over two decades, on Wednesday according to the Nigerian Bureau of Statistics (NBS) report.

The fortune of Africa's richest person has slumped by $5.4 billion in 2016 https://t.co/1OIM9rFlX8 pic.twitter.com/URl5e9cKP5

Dangote’s business line started with the cement production, he recently announced entry into the oil industry with the construction of an oil refinery and petrochemical plant in the commercial city of Lagos.

His current net worth is $9.9 billion, a 62 percent drop since January 2014, according to the Bloomberg Billionaires Index.

Even with his huge loss, the continent’s second-wealthiest person, South African Christo Wiese, trails Dangote by $2.8 billion with his fortune climbing 12 percent this year on the index. 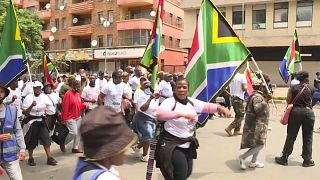