Thousands of Senegalese child beggars to be removed from the streets 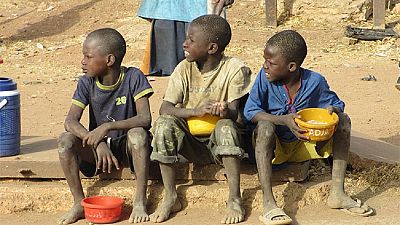 Senegalese state authorities have been ordered to remove thousands of child beggars from the streets of the major cities and to sanction those using minors to beg.

These orders came from Senegalese president Macky Sall who spoke to the media on Wednesday after the Eid-ul-Fitr prayers ending the holy month of Ramadan.

“I have given very firm instructions to the government to stop this unbearable image of abandoned children in the street. It’s not because they are from poor or disadvantaged backgrounds that we should leave them to say thank you in the street,” he said.

All countries must mobilize against child begging. It is not a religious issue, because the real Daara who teach do not let their Talibes beg. It has nothing to do with Islam;

This is the second time in a week that the president has announced this directive; the first on July 1 via his Twitter account.

A law passed in 2005 prohibited forced begging and perpetrators face between two to five years in prison or a fine. But the law is not being applied as a result of suspected defiance by the country’s influential religious leaders.

According to various accounts, the children, commonly referred to as Talibes, are often given to traditional healers or heads of Koranic schools (Daara) who force them to beg daily to return with a quota of money or risk being beaten.

“All countries must mobilize against child begging. It is not a religious issue, because the real Daara who teach do not let their Talibes beg day and night in the streets. It has nothing to do with Islam,” Macky Sall said.

“Those who continue to indulge in the practice will face the extent of the law. For now, it is a consensus to work together to eradicate the exploitation of children,” he added.

The government estimates in 2014 that there were more than 30,000 Talibes in the streets of Dakar begging barefoot without propers clothing. Many of them are from neighbouring countries.