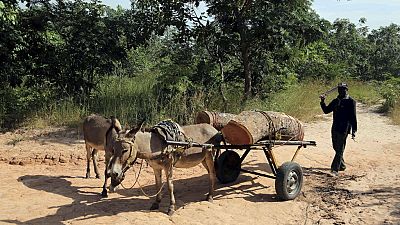 Africa is home to the world’s most iconic wildlife. Their existence is natural with no human interference.

The entire wildlife community is at risk of extinction from illegal poaching which is at all time high from the well-funded, trained and equipped poachers who are motivated by a lucrative illegal wildlife trade. The most targeted animals are elephants and rhinos.

Poachers who are tirelessly on the urge to slaughter these animals do that for a single body part like tusks, bones or pelts can be sold to acquire a huge sum of money.

According to The African Wildlife Foundation, black rhino population has gone down by 97.6% since 1960, over 35,000 elephants killed in 2014 and 85% of historic lion range lost. Other animals on extinction list are the mountain gorillas and Grevy’s zebra.

More than a half of all primate wildlife mammals are also under the threat of extinction, due to destruction of forests, poaching and climate change. Many governments on the other hand have tried to counter poaching through formulating and amending laws. The results are usually negative. There have been claims that most poaching have been funded by political leaders. Apart from diamond, ivory money has been used to fund many wars in Africa.

Ivory price has sky-rocketed from $6 a kilo in 1976 to $3000 today which is far more than what Africans earn in in a year. Ivory has been used to manufacture piano and organ keys, billiard balls, handles, and minor objects of decorative value. Today, ivory is used in the manufacture of electrical appliances, including specialized electrical equipment for airplanes and radar.

Unless many countries cooperate together, ivory smuggling and poaching will still be a menace. Africa still believe that wildlife is their pride and it must be protected.