A new dimension for pan-African news launches on January 4th, 2016.

Africanews is a new pan-African media, pioneering multilingual and independent news telling expertise in Sub-Saharan Africa. On the ground, correspondents report from all corners of the continent on African and global news and business stories from an African perspective.

Africanews is available on TV, on social networks and on africanews.com, the website fully responsive design and suitable for mobiles and tablets.

Africanews is a 100% subsidiary from Euronews S.A. financed through commercial revenues.

The Africanews project was initiated in 2013 by Michael Peters, CEO of Euronews SA to respond to people’s search for an independent African media, that would not side politically nor have any ideological preference. For advice, Peters brought Stephen Smith, a well-reputed Africa specialist, into the project. He was joined by François Chignac, Africanews director of editorial development and former Euronews United Arab Emirates Correspondent.

In February 2015, the team's recruitment begins and the first office in Pointe-Noire is selected. In September the technical installation in Pointe-Noire starts to welcome the team.

In November 2015, Michael Peters announces the digital launch of Africanews on 4th January 2016 during a press conference at Discop Africa in Johannesburg and presents the unique concept, the vision and the mission of Africanews, its logo and look & feel to the international press.

Since January 4, 2016, africanews.com delivers information on Africa and the rest of the world from a purely pan-African perspective for the online community.  On April 20, 2016, TV viewers in sub-Saharan Africa join the existing Africanews community.

85 professional from 15 nationalities work together to produce simultaneously in English and French up-to-the-minute news.

Africanews has no political agenda. It has a total editorial freedom, with no influence from institutions, states, companies, persons. It is made by a team of professional journalists coming from 15 different African countries.

Africanews is easily accessible and made for a Pan-African audience. Starting with English and French, there are many more languages to come.

Africanews adheres to the same editorial charter as its European sister channel, Euronews. The charter is based on freedom of expression and editorial independence limited only by respect for the facts.

To serve this purpose of independence, Africanews will dedicate its antennas and platforms to the promotion of diversity. Africanews believes diversity is the cornerstone of credibility. Its newsroom is the home of journalists of multiple African nationalities, and conveys a wide diversity of African views. Consequently, each single viewer will be able to form his own opinion.

What is the business model for Africanews?

Africanews is based on a model financed by advertising, distribution, production and partnerships revenues. Partnerships for content co-production and development of regional offices are of major importance to ensure Africanews’ growth and independence.

Advertising opportunities on Africanews will enable African and international advertisers to reach the African audience via a complete communication package: advertisements spread across the 24-hour schedule will cover all time zones and all formats including Africanews.com and mobile applications, along with opportunities for sponsorship of TV and key online programs (business, special reports, weather…) or linked to business and cultural events covered by the Africanews team of journalists.

Editorially independent from Euronews and from any political or ideological agenda, Africanews is designed as the first pan-African multilingual news service.

Sharing the same values of independence, reliability and diversity, Africanews and Euronews will have fruitful interactions, enriching each other’s content, perspectives, much to the benefit of the audience who will always have insider’s views. Interaction between Africa and the world is growing as Africa rises. The Africanews / Euronews network will be at the center of this phenomenon.

Euronews has a unique know-how in producing news, based on an unrivalled model of cultural pluralism. For the past 20 years, Euronews has proven its ability to create and develop top-quality multilingual news, with all the requisite editorial rigour and supported by its shareholders from various nations, including 21 public broadcasters, members of the European Broadcasting Union (EBU).

Euronews, the number one news channel in Europe, currently broadcasts in 13 different languages, 24 hours a day, 7 days a week. Its programmes, produced by a newsroom with more than 600 journalists of 30 nationalities, reach 420 million households in 158 countries. www.euronews.com 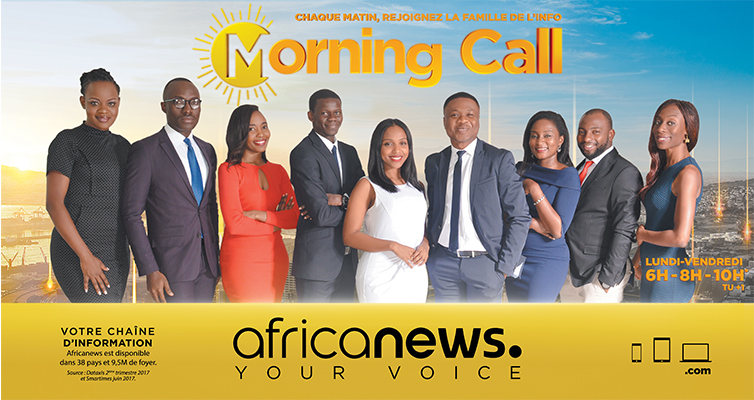 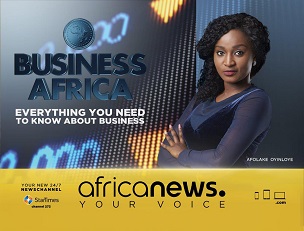 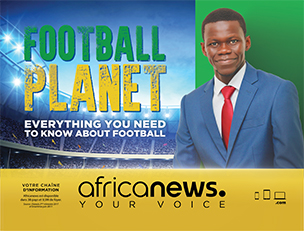 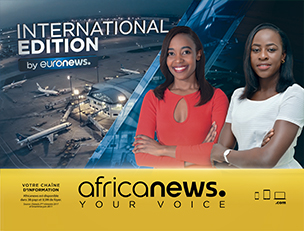 Findings of the latest Africascope Full Year 2017 survey stated that two years after launch, Africanews annual audiences are up to 6.3 million viewers. Download the press release

Africanews launched its first app for Apple devices, available for free on the App Store. Download the press release

One year after launch, 44% of French-Speaking Africa is aware of Africanews (Africascope survey June 2017) Download the press release

For further information, journalists are invited to send an email to press@africanews.com