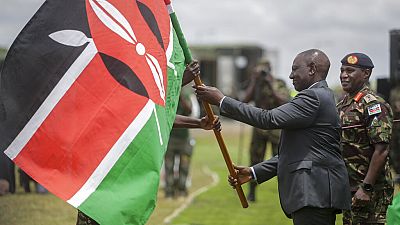 The board of the International Monetary Fund, IMF, has approved the release of $447.39 million to Kenya, the fund announced on Tuesday.

The fund stated in a statement that efforts toward fiscal consolidation had caused Kenya’s public debt to “level off,” and it added that it had given extra money under an existing facility.

In April of last year, the IMF and the East African country agreed to a 38-month financing arrangement under its extended fund facility and extended credit facility. The most recent payment brings the total to $1.65 billion.

According to the IMF, Kenya would now receive a total of $2.416 billion from the present agreement. The increase was agreed upon by both parties last month to cover expenses for external finance “due to the drought and difficult global financial conditions”.

President William Ruto, who took office in September, intends to eliminate costly commercial borrowing in favour of less expensive sources like the World Bank to lessen the burden that debt servicing puts on revenue.

This is coming after the IMF announced that it would release $3 billion to Ghana by the first quarter of 2023, according to Finance Minister, Ken Ofori-Atta.

The Minister claims that the medium-term macro-economic framework, structural reforms, and important fiscal measures included in the 2023 Budget are in line with the IMF-supported Programme.

On economic policies and reforms, Ghana has secured a staff-level agreement that will be supported by a three-year arrangement under the Extended Credit Facility.

Paris calls for resumption of talks between Tunis and IMF

Paris calls for resumption of talks between Tunis and IMF