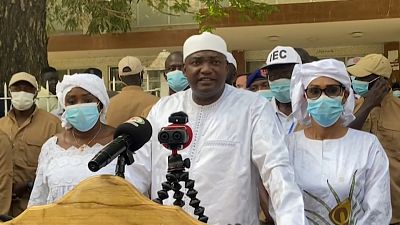 Gambian president's political Party won a narrow victory in the legislative elections held on April, 9. Adama Barrow's National People's Party (NPP) won 19 of the 53 parliamentary seats up for grabs, according to the country's independent electoral commission.

This means although the NPP has overturned the majority held by his main opponent the United Democratic Party, they will have to seak for a coalition to govern the 58-seat chamber. The President will have to appoint five additional lawmakers from his own party in the next few days, including the Speaker of the House.

President Barrow took power in 2017 and was re-elected last December ending over two decades of dictatorship under Yahya Jammeh.

Among several challenges facing the Gambian president in West Africa's young democracy, a response to recommendations from a commission that investigated crimes committed by the state under the Jammeh regime is expected.

The new parliament is due to be sworn in on April, 14. 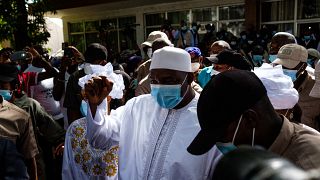