The president of Malawi has warned against corruption in the country.

The warning was issued during a speech on Sunday to mark the swearing in of the new government.

"Corruption comes in many forms and there are many opportunities to succumb to it in this country. But you must resist it at every turn because if you do not follow the law, the law will follow you and if you think that I will use my office to save you from facing the law you have broken, then you are gravely mistaken", warned the president.

President Chakwera added "you are here to serve, not to rule or boast. Occupying high office is not a licence to act high and mighty. The people of Malawi are your bosses, not your subjects".

Last December, one minister in government was arrested on allegations of having received bribes from a businessman in exchange for land. 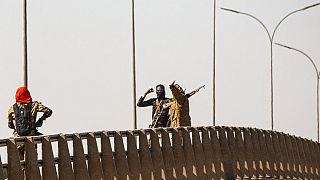