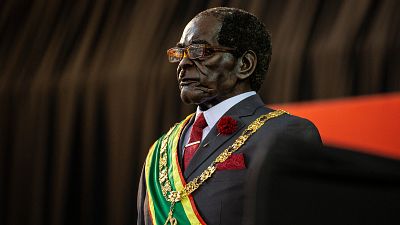 Zimbabwe is to open talks about compensation for victims of a notorious 1980s massacre that took place when former president Robert Mugabe was in power, Zimbabwe's government said on Saturday.

Some victims will also be will be exhumed and reburied according to local customs, the statement added.

The news followed talks between President Emmerson Mnangagwa and tribal chiefs to settle longstanding grievances over the so-called Gukurahundi massacres.

From 1983, Mugabe deployed a North Korean-trained military unit to crack down on a revolt in the southwestern region of Matabeleland in newly independent Zimbabwe, say rights groups.

They killed an estimated 20 000 people over several years, according to the Zimbabwe Catholic Commission for Justice and Peace, a death toll supported by Amnesty International.

Most of the victims belonged to the minority Ndebele tribe.

"Gukurahundi" is Shona for "the early rain that washes away the chaff before the spring rain".

Mnangagwa was serving as security minister at the time.

A statement from Mnangagwa upheld recommendations by the National Council of Chiefs on compensation and promised close consultation with all the parties concerned.

The question of exhumations and reburials should be resolved on a case-by-case basis respecting local customs, the president added.

Mnangagwa has held several meetings over the past year to try to resolve the issues arising from the Gukurahundi massacres.

Mugabe, who died in 2019, never acknowledged responsibility for the massacres, dismissing Amnesty International evidence as a "heap of lies".