In the Kapiti Nature Reserve in southern Kenya, this dromedary is furiously undergoing a PCR test to detect a cousin of COVID-19, Mers, which could one day cause the next global pandemic.

Two metres high and weighing 300 kilos, the beast rumbles and struggles, restrained at the neck, muzzle and tail by three camel drivers, while the veterinarian in the blue coat hurriedly proceeds with the dreaded sampling.

"Taking a sample from the animal is difficult because you never know what can happen (...) if you do it wrong, it can be even worse because it can hit you, bite you," explains Nelson Kipchirchir, a vet in Kapiti.

On this foggy morning, one of the camel drivers will not escape a violent kick from the hoof during the nasal and blood samples taken from a dozen of the 35 dromedaries of Kapiti.

On this immense bushy plain of 13,000 hectares belonging to the International Livestock Research Institute (Ilri), whose world headquarters are in Nairobi, wild animals and herds of cattle cohabit, dedicated to research.

Ilri began studying Kenya's camels in 2013, a year after the outbreak of a worrying virus in Saudi Arabia: Mers-CoV, for Middle East respiratory syndrome coronavirus.

Bats, pangolins, poultry: with the COVID-19 pandemic, the world is discovering the extent of zoonoses, these viruses transmitted by animals which account for 60% of human infectious diseases according to the WHO.

In the case of Mers-CoV, again according to the WHO, it was through close contact with this ruminant that the virus was transmitted to humans, leading to an epidemic that claimed several hundred victims worldwide between 2012 and 2015, mainly in Saudi Arabia.

The virus causes similar symptoms in humans as COVID-19 (fever, cough, breathing difficulties - compared to a mild cold in dromedaries) but is far more lethal, killing one in three sufferers.

In Kenya, the dromedary is a growing success, with consumers raving about its milk and meat, while nomadic herders in arid regions are praising its adaptation to global warming.

"The camel is very important," says Isaac Mohamed, one of Kapiti's camel drivers.

"Firstly, it cannot die in a drought. Secondly, it can go 30 days without drinking," says this lanky man from the far north, on the borders of Ethiopia and Somalia, all areas rich in camels.

Despite a population of 3 million head, one of the largest in the world, this indolent animal is still very little known in Kenya.

In the Ilri laboratories in Nairobi, biologist Alice Kiyong'a regularly receives samples taken from camels in various Kenyan regions. Armed with a pipette, reagents and machines, she analyses each one for the presence of Mers, originally transmitted by bats.

Research she led in 2014 found antibodies to Mers in 46% of the camels studied, but in only 5% of the humans tested (that's 6 positives out of 111 camel drivers and slaughterhouse workers).

"The Mers that we have in Kenya at the moment is not easily transmitted to humans", compared to the more contagious Saudi Arabian Mers, she concluded.

Here too, the emergence of variants, which could make the Kenyan Mers more contagious to humans, is obsessing researchers.

"It's just like with COVID, (...) variants have emerged, such as B.1.1.7 (in England). It's the same thing with Mers: the virus changes all the time," says Eric Fèvre, an infectious disease specialist at Ilri and the University of Liverpool (UK).

"I wish I had a crystal ball and could tell you whether it will never become extremely dangerous to humans, or whether with some genetic mutations it will. I think the important thing is to maintain a monitoring effort (...) because then we will be ready when it happens," Fèvre said.

In 2020, the UN's expert panel on biodiversity (IPBES) warned that pandemics will be more frequent and deadly in the future due to increased contact between wildlife, livestock and humans as a result of environmental destruction.

"There is a renewed interest in everything to do with viruses and zoonotic diseases because of COVID," says Eric Fèvre, referring in particular to funding problems.

"This renewed interest is doing us a favour by helping us to do this very important work. 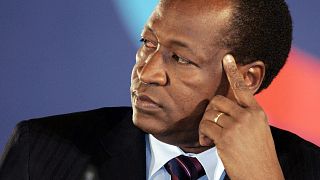