South Africa's railway networks have grounded to a halt as 80 percent of stations in the country have been looted during the coronavirus pandemic.

Thieves plunder anything from cables and handrails to bricks and doors.

In the strictest months of confinement last year, looters went to work on unguarded stations and railway infrastructure, making off with almost anything that could be ripped off or cut down and carted off.

At Kliptown station in Soweto, doesn't have windows, or even a roof.

Signalling and electric cables have been yanked out. Staircase railings have been sawn off. Even the perimeter walls have not been spared, with bricks bashed out and hauled away.

"It's like an atomic bomb was thrown here... It's like a tsunami," lamented a community leader, George Mohlala, 37, pointing to the ruined station.

"When the shutdown happened, there were no security guards that would come and guard the property of the government, it was only left for the people. So people came in stealing one by one until it was completely like this. And it happened within the space of two months."

More than 80 percent of the country's train stations have been vandalised, the state-owned rail operator Passenger Rail Agency of South Africa (PRASA) said.

What's left of the ticketing office in the Kliptown station are shards of glass -- the only evidence of turnstiles that once functioned here.

Ironically, the vandalism occurred as the government embarked on an ambitious multi-billion-dollar plan to modernise its urban commuter rail transport network.

Around 50 kilometres (30 miles) east of Johannesburg in the small town of Nigel is a state-of-the-art factory that is manufacturing "people's trains," as they are dubbed.

Named Gibela ("Get on board" in the Zulu language), it is run by a consortium of French giant Alstom and South Africa's Ubumbano Rail and has a contract to build a fleet of 3,600 coaches or 600 complete trains -- including wagons and engines -- by the turn of the decade.

Since 2018, the factory has produced more than 50 complete trains, of which 16 have been dispatched to Cape Town and Durban.

The rest are safely locked away at a storage depot in Pretoria awaiting deployment.

The 51-billon-rand ($3-billion, 2.8-billion-euro) contract is one of the largest in post-apartheid South Africa.

After overcoming teething troubles and falling behind schedule, Gibela is ramping up production.

"We will have to deliver 62 trains per year until the end of the project," Gibela factory manager Loic Le Gorrec told AFP. 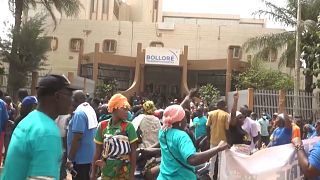 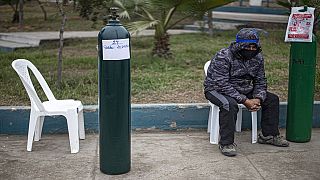 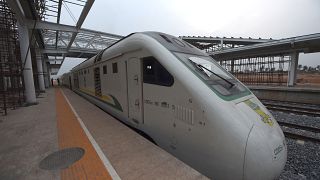