Authorities in the northwestern Nigerian state of Zamfara are holding negotiations for the release of 317 schoolgirls kidnapped by criminal gangs on Friday, sources familiar with the talks told AFP on Monday.

Gunmen from cattle rustling and kidnapping-for-ransom gangs on Friday invaded the Government Girls Secondary School in remote Jangebe village, whisking the girls away from their hostel.

It is Nigeria's third school attack in less than three months -- a series that has revived traumatic memories of the "Chibok girls" kidnapped by jihadists nearly seven years ago.

Since the incident, government officials have been in talks with the kidnappers, known locally as bandits, over the girls' release, two sources who wished to remain anonymous told AFP.

"Talks are ongoing with the bandits holding the girls and we hope to make a breakthrough soon," said a government official privy to the negotiations.

A second source said the location of the girls had been established but a military option was not on the cards, to avoid "putting the lives of the hostages in danger."

A delegation from Nigerian President Muhammadu Buhari on Sunday paid a visit to Zamfara state following the abduction.

The officials expressed concern over the still unknown current condition of the girls as they promised to take action.

"Firstly, His Excellency is conscious and aware and saddened by the events that led to the abduction of the children girls in Jangebe. He has condemned in the strongest terms this act and assured that these children will be back and reunited with their families, Insha Allah "

"For what happened in Jangebe, as I mentioned, we are not going to say much about what happened or going on blame games. All we need now is for the same return of these children"

This latest raid came a week after the governor had announced an amnesty for repentant bandits blamed for a string of abductions and for deadly attacks on local villages.

The move was a way to quell the climbing criminal activity in the affected regions. 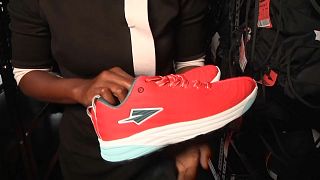