On the Brink of a Pre-Election Political Crisis

Sunday saw the Coalition of the Democratic Opposition (COD-2020) i.e. a union of political oppositions parties in the Central African Republic, call for the postponement of presidential and legislative elections scheduled for Dec 27 until the re-establishment of peace and security."

This comes a day after the government accused the group's former leader - ex-president Francois Bozize, of trying to stage a coup d'etat.

Hubert Wanto, a local in the capital city, is frustrated with the political games, "We have had enough of this behaviour which divides people on the eve of an election. Our politicians play us off against one another while they get along well with each other, but they push us to divide, to kill each other."

Another coalition — of rebel forces called the Coalition of Patriots for Change (CPC), seized control of key routes to the capital Bangui.

Omer Ngbandi, a teacher at a school in the city, just wants the country's politicians to behave accordingly, "I only ask all the candidates who are running in the presidential and legislative elections to be self-controlled, to calm down, to behave like good citizens, good citizens worthy of the Central African Republic."

Meanwhile, the UN has deployed peacekeepers to help maintain calm and ensure credible elections amid the tense political climate in the country. 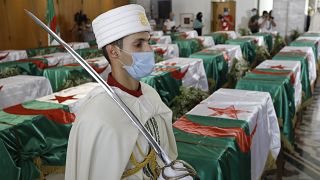 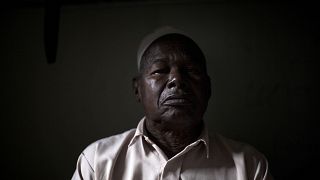