Debretsion Gebremichael, the deposed president and fugitive from the Ethiopian region of Tigray, spent his youth in the Tigray People's Liberation Front (TPLF), before rising through the ranks once the party was installed at the helm in Addis Ababa.

On Friday, the Ethiopian army promised a reward of 10 million birrs (about $250,000) to anyone who could locate the leadership of the TPLF, including Mr. Debretsion, who has been on the run since federal troops took the regional capital Mekele on November 28 and has been unreachable for nearly two weeks.

Debretsion - whose date of birth is unknown - was born in the town of Shire, Tigray, to a Christian Orthodox family. He abandoned his studies in the 1970s to join the TPLF, then spearheading the armed struggle against Hailemariam Mengistu's military-Marxist Derg regime (1974-1991).

He specialized in communications and propaganda, participating in particular in the creation of the movement's radio station, Dimtsi Weyane, "the Voice of the Revolution" in Tigrinya.

His unit is reputed to be highly mobile, traveling by donkey and hiding in caves to install antennas in the Tigray mountains. In addition to broadcasting pro-TPLF and anti-Derg messages, these antennas also intercept communications of the Ethiopian army.

From these years, this small, soft-spoken, calm and hard-working man is certain: "Communication was central to our struggle, it was for us the essence of the struggle," he told Iginio Gagliardone in 2008, a researcher at the South African University of Wits and author of "Politics of Technology in Africa".

The communication has helped "mobilize society against the Derg regime" and "to convert people, to make them think differently," he explained.

In 1991, the TPLF overthrew Hailemariam Mengistu's regime and took power at the head of a coalition of parties, the EPRDF, which it totally controlled.

Debretsion resumed his studies, earning a master's degree in electrical engineering from Addis Ababa University and a few years later a doctorate in communications and development from an American online university.

He then returned to TPLF, where his skills and loyalty earned him important positions that put him at the heart of the telecom and communications industry, in the hands of the TPLF state.

These include Deputy Director of the powerful National Intelligence and Security Service (NISS), President of Ethio Telecom, the country's sole operator, Minister of Telecommunications and Information Technology, and Director General of the Ethiopian Information and Communication Technology Development Agency.

He was also, at that time, at the heart of the government's development and expansion of an infrastructure to disseminate propaganda, monitor information and conduct extensive and often intrusive surveillance of citizens.

Debretsion personifies "the strong ties between Ethio Telecom, the intelligence apparatus, and the Ministry of Communications," Human Rights Watch said in 2014 when he was one of the country's three deputy prime ministers.

At the end of 2017, Debretsion took the leadership of the TPLF, then the target of a protest movement unseen in nearly 30 years of power, which he was unable to contain.

In 2018, Prime Minister Hailemariam Desalegn resigned. Debretsion stood as a candidate to replace him but was largely defeated by Abiy Ahmed, an Oromo, a sign of divisions within the TPLF and of his loss of influence within the EPRDF.

Abiy gradually marginalized the TPLF and their relations worsened, until the Prime Minister founded the EPRDF as a single party, in which the Tigrayan minority (6% of the Ethiopian population) lost all power.

Retired to Tigray, where he heads the regional institutions that include large security forces, Debretsion defies the federal government and unilaterally organizes a regional election that was declared "illegitimate" by Addis Ababa, leading to retaliatory measures and an intervention by the federal army on November 4.

Driven out of Mekele after three weeks of conflict, Debretsion vowed to continue the fight against the "invader" from the Tigray mountains, where in his youth he learned the principles of guerrilla warfare. 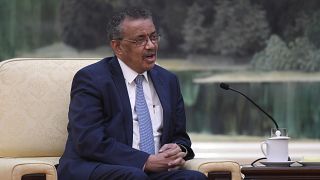 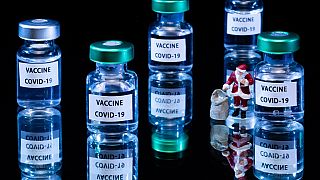