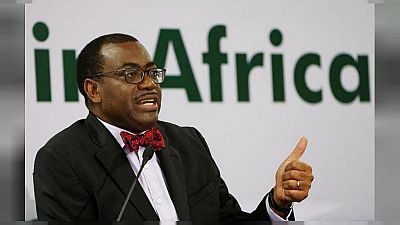 According to a statement by Olufemi Terry, |Communication and External Relations Department AFDB, the operation will provide funding for the project which will also boost resilience of vulnerable communities, including internally displaced persons, refugees and their host communities, in the countries, also known as the Sahel zone’s Group of 5 (G5).

This operation will complement the development and humanitarian actions of the huge partnership of the Sahel Alliance Initiative.

“This operation will complement the development and humanitarian actions of the huge partnership of the Sahel Alliance Initiative and will support the most vulnerable,” said Yero Baldeh, Director, Transitions States Coordination Office.

An additional $1.372 million of grant funding from the Bank’s Transitional Support Facility, will also be deployed in G5 countries to strengthen the delivery and coordination capacity of the G5 SAHEL Permanent Secretariat and support training on biosecurity and biomedical waste management in the concerned countries.

This extension of grant funding to the G5 Sahel zone countries falls under the framework of the Bank’s COVID-19 response facility of up to $10 billion, which is the institution’s main channel to provide assistance to African countries to cushion the economic and health impacts from the crisis.

Recent CRF assistance packages have been directed to a group of Economic Community of West African states as well as to countries in the Economic and Monetary Community of Central Africa zone and the Democratic Republic of Congo.

The region has been hit by COVID-19, though less hard than some other regions of Africa. As of June 6,Niger had recorded 966 cases, Burkina Faso 885, Mali 1,485, Mauritania 883 and Chad 836, for a total of 5,055 cases in the five countries. G5 countries have begun to lift emergency measures that had been put in place to halt and contain the spread of the disease. The entire continent has seen 175,423 cases and 4,862 fatalities.