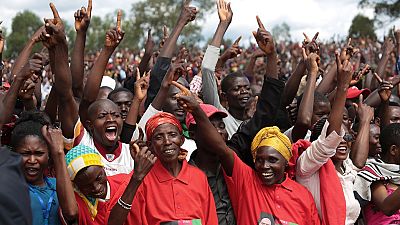 Despite the COVID-19 pandemic and growing tensions in the country, Burundi will, on Wednesday, hold general elections.

The small African country of the Great Lakes region and its 11 million inhabitants are trying to emerge from a deadly political crisis born of President Nkurunziza’s controversial candidacy for a third term in April 2015.

Unlike Ethiopia, which postponed its August elections because of the COVID-19, Burundi has decided to maintain them at all costs, like Mali, Benin, and Malawi.

Burundi, which the government claimed was protected by “divine grace”, has so far officially recorded 42 positive cases, including one death. But authorities are accused by doctors and the opposition of hiding COVID-19 cases, attributing them to other diseases such as pneumonia.

Burundi has not imposed the confinement of the population, unlike neighboring Rwanda, and the election campaign mobilized large crowds, with a few buckets of water and soap as a preventive measure.

The government had, without explanation, ordered the expulsion of the four main World Health Organization (WHO) experts advising it on the epidemic, who left the country on Saturday.

The country, which could face a major health crisis, is preparing to turn the page on Nkurunziza, whose last years in power were marked by massive human rights violations that left at least 1,200 people dead, according to a UN report released in 2017, and pushed some 400,000 people into exile at the height of the crisis.

The UN and human rights NGOs blame the violence on the Imbonerakure, members of the ruling party’s youth league (CNDD-FDD), the dreaded National Intelligence Service, the police and, to a lesser extent, the army.

Mr. Nkurunziza had surprised the nation in June 2018 by announcing that he would not stand as his successor, even though the recently amended Constitution adopted by referendum allowed him to do so.

Internal sources reported at the time that the decision was taken under pressure from a small and very influential group of generals, all from the former Hutu rebellion now in power.

At the end of January, the regime chose a new face, General Évariste Ndayishimiye, to wear its colours at the presidential elections.

A man of the seraglio who is apparently not as tough as his mentor Nkurunziza, of whom he is presented as the “Heir”, Mr. Ndayishimiye is a favourite in Wednesday’s election in view of the omnipotence of the ruling party.

But the campaign was bitter and his main rival among the six other candidates, Agathon Rwasa, mobilised the crowds.