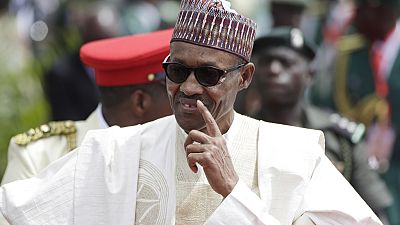 Despite the coronavirus pandemic dominating news and social media spaces since the last few weeks, there is a ‘competitor’ that on Friday dethroned coronavirus to become the top Twitter trend in Nigeria.

Mohammed Tawhidi threw jibes at Muhammadu Buhari, the Nigerian president, and whiles at it he has generated a heated debate among Nigerians. Tawhidi, a self acclaimed Imam of Peace, is an Iranian currently living in Australia.

When he posted a tweet mocking the Nigerian leader early on Friday, it is likely that he could not have anticipated the reactions that it was to trigger. His initial post referenced Buhari’s only known video address till date on the coronavirus.

In the said video released on March 22, Buhari is heard stressing that COVID-19 was a key government priority and everything was been done to protest citizens from the virus.

“The President of Nigeria Muhammadu Buhari still doesn’t know the name of the virus killing 24,000+ at such a rapid rate. Addressing the nation about it for the first time, he pronounced the virus as ‘CIVIK 1-9’,” Tawhidi wrote in his first tweet.

His continued use of the term #PresidentCovik has also been a top trend on Nigeria Twitter. As many reactions as his post generates, he continues to fire responses at Nigerians, some of who are known critics of the government but are asking him to respect the country.

I love Nigeria. I have one Nigerian friend and she’s amazing. One of the most successful and honest people I know. I also welcome my new Nigerian followers on Twitter.

You have a beautiful country but it would be more beautiful without the terrorism enabled by Dictator Buhari.

According to Tawhidi, Nigeria was in its current predicament because of Buhari citing corruption and inter-faith clashes. In the case of the latter he blamed it on “Weak leadership of Buhari” who he described as a “Failed President” who had “No realistic agenda to tackle Jihadists.”

But the ‘Imam’ has gotten a good measure of responses as much as praises for his views. Most people have exposed his as a fraud who has long been unraveled by the western media for his clandestine and parochial agenda. A member of the presidency pulled up chats supposed to be of Tawhidi seeking audience with Buhari years back.

The last time Buhari was seen was on Thursday evening when an aide on new media posted a photo of the president working at his office in the presidency. That tweet birthed a hashtag #BuhariChallenge where tweeps sought to rubbish the post.

Imamofpeace is a conman & jobber. Last year he reached out to me seeking audience with the President, that he could negotiate with IMN’s Zakzaky for the gov’t. His move was suspicious and questionable. His attack on Pres. Buhari is nothing short of cowardice & blackmail. pic.twitter.com/ZXdPjNVpFz

If you’ve just come across Imamofpeace, here’s a crash course to guide you. This is because you’re probably an unsuspecting follower tricked into subscribing to an agenda you don’t get. || The Islamophobia Industry’s Favorite Imam is a Fake by cjwerleman https://t.co/itGvFgRqTm

Fraudulent Imamofpeace studied TwitterNG, realized there are uncountable idiots who do not mind any slander on their country and president as long as it massages their bias and is using them to get his pound of flesh after his unsuccessful bid to defraud the govt in Jan 2019

As the Enabler of Mischief, this terrorist here Imamofpeace isn't a Muslim, let alone a Muslim influencer. But you have to agree with every other mischief because that's what feed you. https://t.co/xc9fnSYzvS

A refugee, Imamofpeace who cannot withstand his home country's repression and ran to another man's country to seek asylum due to dictatorship of his home country have no right to attack my country and its President.

Whoever hate your President hates your country. Imam hates us.