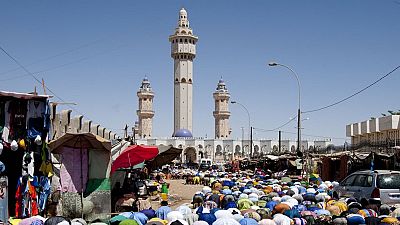 A novel coronavirus case has been confirmed in the central Senegalese city of Touba, the country’s health ministry said on Wednesday, ahead of a large religious gathering planned there later this month.

A Senegalese national who normally lives in Italy visited a doctor in Touba on March 10 – a day after exhibiting symptoms – becoming the West African state’s fifth confirmed case.

A branch of French-research group the Pasteur Institute in Senegal’s capital Dakar confirmed the infection, health ministry officials said at a press conference on Wednesday.

It seems that there is an epidemic called coronavirus that is panicking the world. (The) Reason why all gathering of people is prohibited. But Baye Niasse's family is protected. The corona can do nothing against it.

The patient is currently receiving treatment in Dakar. But the confirmation of coronavirus case in Touba, Senegal’s second-largest city, raises questions about the viability of the country’s religious festivals.

A top cleric in the country, Sheikh Baba, has declared that the disease cannot affect particularly members of the Baye Niasse community, stressing that coronavirus will be defeated. A video of his pronouncements has been making rounds on social media.

“It seems that there is an epidemic called coronavirus that is panicking the world. (The) Reason why all gathering of people is prohibited,” he said. “But Baye Niasse’s family is protected. The corona can do nothing against it,” he declared amid cheers.

Baye Niasse is a saint-like figure who is revered in Sufi Islam circles. The event due to be held in Touba on March 22, known as “Kazu Rajab”, commemorates the birthday of the Mouride brotherhood’s second leader.

The city of Touba and health implications

The city of Touba has some 1.5 million inhabitants, but it also attracts hundreds of thousands of pilgrims every year, who come to visit holy sites built in honour of the founders of the Mouride brotherhood.

Senegal is 90% Muslim and most of the faithful follow Sufi brotherhoods. The Mouride brotherhood is one of the country’s most powerful and its leader is believed to hold more sway over Touba than state authorities.

“There is such a density of population in Touba that it will be necessary to be more rigorous,” a health ministry official told AFP on Wednesday.

On Tuesday, Senegalese Health Minister Abdoulaye Diouf Sarr told local press that the government would call off religious events if advised to do so.

Several religious festivals are planned in Senegal this month, including in the bustling seaside capital Dakar. President Macky Sall last week ordered his ministers to stay in the country over coronavirus fears, but he has said nothing about religious festivals to date.