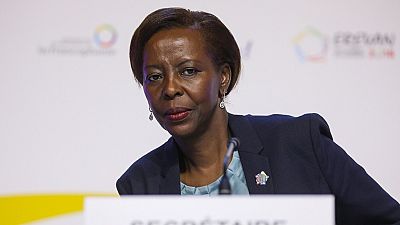 Guinea’s electoral authorities were on Monday warned by the international association of French-speaking countries which shared concerns over the credibility of the electoral register in the country’s upcoming polls.

The warning from the International Organisation of La Francophonie (OIF) came six days before elections condemned by the opposition as a ploy by President Alpha Conde to stay in office.

The OIF said the register included nearly 2.49 million “problematic” names, including duplicate names, people who were too young to vote or individuals who had died.

Of these 2.49 million, 98 percent “do not have documents to enable their identification,” the OIF said.

The OIF, the francophone equivalent of the Commonwealth, said the problems were such that it found it “difficult” to carry out its role of providing support to the electoral process.

It urged the government to avoid further deaths and “prevent any risk of escalation.”

A country with a long tradition of political turmoil, Guinea is to vote on Sunday in a referendum and in legislative elections.

The referendum will be on changes to the constitution, which the opposition say is a bid by Conde, 81, to restart his time in office and stay in power beyond two terms.

Audit of the electoral register

In 2018, the OIF, together with the UN and European Union, scrutinised Guinea’s 2015 electoral register.

The audit uncovered 2.49 million questionable names and these are still on the electoral database, said the OIF, which is responsible for implementing recommendations from the exercise.

The head of the electoral commission, Amadou Salif Kebe, told journalists, “We think that our electoral roll is sufficiently credible.”

“It’s not flawless, but it is a register that can be used for all elections.”

Abdourahmane Sano, coordinator of an umbrella organisation of anti-Conde protest groups, said, “La Francophone has simply confirmed the masquerade which is taking place in Guinea.

“Better late than never,” he said, urging the public to “rise as a single man against Mr. Alpha Conde’s coup d’etat.”

Guinea has suffered serious unrest over the plans for constitutional reform. At least 30 people and a gendarme, have lost their lives, according to an AFP tally.

Fresh clashes broke out in the central town of Mamou on Saturday.

He was returned to office by voters in 2015 for his second and final five-year term under the current constitution, but critics say he has become authoritarian.

Earlier this month he left the door open to running for a third term, saying there was “nothing more democratic” than the referendum on constitutional change.

The National Front for the Defence of the Constitution (FNDC) has called for a boycott of the vote. 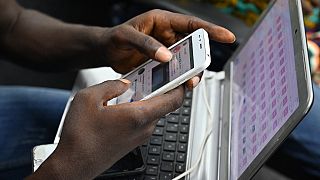