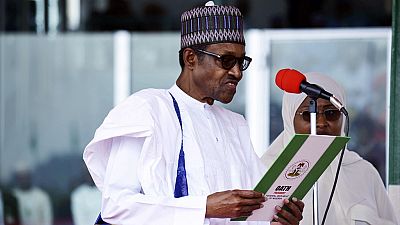 Nigeria’s president Muhammadu Buhari says he is baffled by the resurgence of the terrorist group, Boko Haram who have recently carried out attacks against civilian and military establishments.

‘‘I was taken aback by what is happening in the north-west and other parts of the country. During our campaigns, we knew about the Boko Haram. What is coming now is surprising.,’‘ Buhari said, according to local media portal, Vanguard.

“It is not ethnicity or religion, rather it is one evil plan against the country.”

Buhari’s government has repeatedly claimed to have defeated Boko Haram, a key pledge that was made to the Nigerian people in the 2015 and 2019 elections.

“We have to be harder on them. One of the responsibilities of government is to provide security. If we don’t secure the country, we will not be able to manage the economy properly,” Buhari said.

Boko Harm has intensified attacks in the Northeast region, especially the Maiduguri – Damaturu that has been described as a death trap.