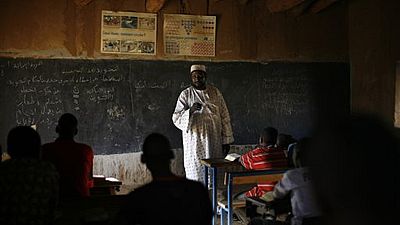 Ethiopians are expressing anger and frustration over several university students, most of them female, who remain missing after their kidnapping two months ago.

A growing social media campaign echoes the #BringBackOurGirls activism in Nigeria over the mass kidnapping there of scores of schoolgirls in 2014. Ethiopians are pressuring the government for answers in the abduction in the Oromia region.

Prime Minister Abiy Ahmed’s government has been praised for appointing women to prominent positions “but with regard to the abducted girls, in its silence, it is violating a tremendous number of their human rights,” Yared Hailemariam, director of the Association for Human Rights in Ethiopia, said in a statement Monday.

“Ethiopian authorities have failed to protect the victims of the abduction and to take necessary measures to bring them back.”

It is not clear how many of the students remain captive. The prime minister’s press secretary, Nigussu Tilahun, disclosed on Jan. 11 that 21 students from Dembi Dollo University were released while six remained captive. But family members say they haven’t heard from their loved ones.

“The last time I heard from my daughter was a month ago. She said youths from the local area took them to the forest. I don’t know what happened to her since,” Yeneneh Adugna, who lives in Central Gondar in the Amhara region, told The Associated Press. “We are living in an anguish every day. We are crying every day. We want to know whether they are alive or dead. No one is giving us any information.”

The Association for Human Rights in Ethiopia says 18 university students, 14 of them female, were seized while returning home from university.

No one has claimed responsibility for the abduction, but Oromia regional officials have blamed the armed Oromo Liberation Army, which is clashing with government forces in the Western Oromia region. The armed group has denied the accusation and said the government itself was to blame for the kidnapping.

The champion of good news and cowardice to face reality, AKA AbiyAhmedAli, where are you now? #BringBackOurStudents!

It was thanks to journalists that the news of 17 Dembi Dolo University students being kidnapped reached the public. Now it’s up to journalists to force the Ethiopian gov to reveal where the missing children are.
Fuck the “reform,” their lives are worth more!#BringBackOurStudents

Students are missing. The government is not taking action. There is no information about them. Protection is the priority & basic expectation that the government MUST deliver.#BringBackOurGirls #BringBackOurStudents pic.twitter.com/lpA2nA1xfB

University students are being kidnapped by bogus political actors in Ethiopia & AbiyAhmedAli ‘s admin is emboldening the horrendous crime with its action & inactions.
What good is a gov’t if it doesn’t protect the natural rights of its citizens?#BringBackOurStudents amnesty pic.twitter.com/IOWJx9oyqj

#BringBackOurStudents AbiyAhmedAli Are you still the commander in chief of #Ethiopia? I don't know what you tell your 3 daughters, but they'll know you fail them by failing the students.PMEthiopia Are you cooking another lie or ready to tell the truth? BilleneSeyoum

He’ll be meeting with his “brothers” to discuss a wide range of issues. One thing that he’ll not discuss, address, though, is the disappearance of the abducted university students.

His administration’s lies, deceptions, misinformation of it is alarming! #BringBackOurStudents https://t.co/lZTgJNArI4