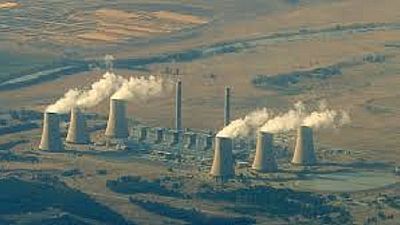 The board chair of South Africa’s electricity company Eskom, resigned on Friday after failing to keep his promise to stop the load shedding that is hampering the country’s growth, the South African presidency announced.

This surprise resignation of Jabu Mabuza comes a few days after the arrival of a new CEO, Andre de Ruyter at the head of the public company, which produces about 95% of the country’s electricity.

Africa’s most industrialised country resumed load shedding over the weekend after a three-week truce.

South African President Cyril Ramaphosa had attributed some of the power cuts, the worst ever experienced by the continent’s leading industrial power, to “acts of sabotage” on 11 December.

“There have been acts of sabotage, sabotage that resulted in the loss (…) of 2,000 megawatts,” said Ramaphosa, who had had to return from Egypt in a hurry because of the electricity crisis.

Most of the electricity produced by Eskom comes from poorly designed, old and poorly maintained coal-fired power plants, as well as decades of alleged mismanagement and corruption.

The group is burdened with a huge debt of 28 billion euros and announced in July a record net loss of 1.3 billion euros for the fiscal year ending March.