Back to the 1980s General: Nigerian newspaper strips Buhari of 'president' title 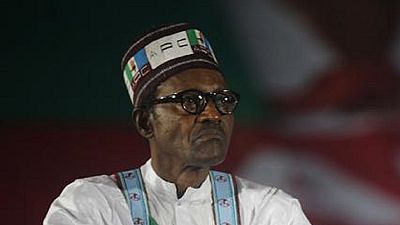 A major newspaper outlet in Nigeria says Muhammadu Buhari did not deserve the title of president, they have thus reverted to referring to the him as General Muhammadu Buhari.

The Punch group of newspapers said its decision was allied to recent disregard for human rights and attendant repression by the government.

The most recent case in point is of the chaotic rearrest of Omoyele Sowore, a journalist, activist and politician who was arrested in August for calling for the Revolution Now protests.

PUNCH ... will henceforth prefix Buhari’s name with his rank as a military dictator in the 80s, Major General, and refer to his administration as a regime, until they purge themselves of their insufferable contempt for the rule of law.

In an editorial of Wednesday December 11, 2019; titled Buhari’s lawlessness: Our stand, the paper said it was going to refer to the government as a regime since Buhari was deploying military tactics in governance.

“As a symbolic demonstration of our protest against autocracy and military-style repression, PUNCH (all our print newspapers, The PUNCH, Saturday PUNCH, Sunday PUNCH, PUNCH Sports Extra, and digital platforms, most especially Punchng.com) will henceforth prefix Buhari’s name with his rank as a military dictator in the 80s, Major General, and refer to his administration as a regime, until they purge themselves of their insufferable contempt for the rule of law.”

Aside the case of Sowore, the newspaper also chronicled other instances of the government flouting court orders to continually detain citizens.

From the military ruler to democratic president

Buhari served as military ruler between 1983 – 1985 after overthrowing the government of Shehu Shagari. He was overthrown in a counter coup by General Ibrahim Babangida and was detained in Benin City till his release in 1988.

He retired from the army in 1985 at the rank of Major General. In the runup to 2015 he was referred to as GMB – General Muhammadu Buhari, that changed to PMB – President Muhammadu Buhari.

He became the first opposition candidate under the current constitution to win the presidency after he beat Goodluck Jonathan to win the 2015 polls.

He contested three times unsuccessfully in three votes prior to 2015. Lost in 2003 to Obasanjo, 2007 to Umaru Yar Adua and 2011 to Goodluck Jonathan.

In 2015, Buhari was elected flagbearer of the All Progressives Congress, APC, a mega party that was formed to challenge the then Peoples Democratic Party, PDP. The PDP had governed Nigeria since 1999.