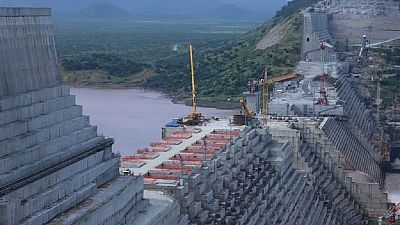 While Egypt wants to guarantee a steady supply of water for its 100 millions citizens , Ethiopia is determined to power the homes of the over 100 million citizens. Sudan completes the triangle of nations that are currently deadlocked over the construction of a dam on the River Nile.

This week, Ethiopia rejected Egypt’s proposal to involve an international mediator, following a stalemate in discussions over how long it should take for the dam’s reservoir to be filled and other technical questions on the impact it might have on downstream countries.

In this article, we look at the three countries and explore their interests and concerns in these protracted negotiations.

Ethiopia reiterates rights of all the 11 basin countries of the Nile to utilize Nile waters based on principles of equitable utilization and causing of no significant harm.

Egypt relies on the Nile for up to 90% of its fresh water, and is worried that the dam will negatively affect its scarce supplies.

Egypt, which claims historical rights over the Nile waters, agreed by colonisers of the Nile Basin countries, has accused Ethiopia of not being flexible after the latter rejected an August 1 proposal that included conditions over filling the dam’s reservoir.

“Ethiopia’s moving forward with the operation and filling of the Renaissance Dam is unacceptable and a clear violation of the Declaration of Principles and will have negative consequences for stability in the region,” Egyptian Foreign Minister Sameh Shoukry said in parliament on Wednesday.

“We call on the international community to shoulder its responsibility in finding a solution that satisfies all parties.”

Ethiopia on the other hand, which was never colonised, insists that the water needs of downstream countries Egypt and Sudan, have been considered in the technical specifications of constructing the dam.

Rejecting Egypt’s proposal, Ethiopia described it as “an effort to maintain a self-claimed colonial era-based water allocation and veto power on any project in the Nile system”.

‘‘Ethiopia reiterates rights of all the 11 basin countries of the Nile to utilize Nile waters based on principles of equitable utilization and causing of no significant harm, which underlines the right of Ethiopia to develop its water resources to meet development needs of its people,’‘ it said in a statement last week.

Ethiopia hopes that the Grand Ethiopian Renaissance Dam (GERD) which will cost $4 billion and generate more than 6,000 megawatts, will make it the continent’s biggest power exporter.

It has rejected Egypt’s call for an international mediator, arguing that the National Independent Scientific Research Group (NISRG), which was set up to resolve technical differences, should be given time to resolve the dispute.

‘‘Ethiopia stands ready to resolve any differences and outstanding concerns by consultation among the three countries.’‘

Sudan finds itself in a unique position, as both Egypt and Ethiopia court its support in their positions regarding the dam.

On the one hand, Sudan being a downstream country on the Blue Nile, shares the water supply concerns of Egypt. At the same time, Sudan needs the power Ethiopia’s dam would generate and has voiced support for the dam project.

The Blue Nile runs from Ethiopia and joins the White Nile in Khartoum, before flowing into Egypt.

Mediation and resolving the Nile question

Egypt, Ethiopia and Sudan signed a ‘Declaration of Principles’ in 2015 as a basis for negotiations, but it has done little to ease tension over the project announced by Ethiopia in 2011.

It was agreed that downstream countries would be compensated by giving them priority for electricity generated by the dam.

The United States, which is Egypt’s prefered mediator, said in a statement that it “supports… ongoing negotiations to reach a cooperative, sustainable, and mutually beneficial agreement on filling and operating” the dam.

Egypt bases its historical claims over the Nile on a 1929 agreement was signed with Great Britain, which at the time represented Uganda, Kenya, Tanganyika (now Tanzania) and Sudan. The document gave Cairo the right to veto projects higher up the Nile that would affect its water share.

this agreement has been challenged by the other countries that share the Nile Waters. In 2010, the Nile Basin countries signed the Cooperative Framework Agreement (CFA), which granted all countries the right conduct projects along the river without Egypt’s prior consent. Egypt refuses to acknowledge this agreement.