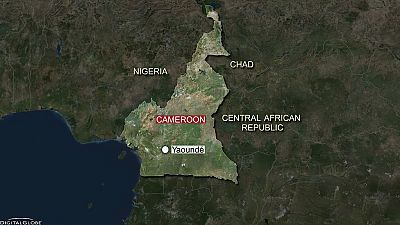 October 1 marks the second anniversary of the declaration of the self-described “Republic of Ambazonia” for Cameroon’s English-speaking minority.

This year’s anniversary comes one day after a national dialogue to try and end the separatist conflict opened in the capital Yaounde.

the dialogue called by president Paul Biya, who has been in power for 37 years, has been boycotted by key leaders of the separatist movement.

In this article, we trace the roots of the Anglophone conflict in Cameroon, that has now escalated to near-daily clashes between security forces and anglophone separatists.

Germany was stripped of its African colony of Kamerun after its 1918 World War I defeat when the League of Nations, the forerunner to the UN, split the territory between victors Britain and France.

The British portion, along the border with Nigeria, became independent in 1961. A northern Muslim-majority section chose to join Nigeria while the remaining southern area was unified with Cameroon in a federation.

The federal structure was scrapped in 1972 and the anglophone portion was annexed.

Largely francophone Cameroon has 10 regions, two of which are mainly English-speaking: Northwest Region, whose capital is Bamenda, and Southwest Region with Buea as its capital.

They are home to around 14 percent of Cameroon’s population of 23 million.

The two regions are permitted some self-governance and language rights, including bilingual schools. But many complain of francophone-favoured discrimination in education, the justice system and the economy.

Calls for a breakaway English-speaking state mounted in the 1990s with demands for a referendum on independence accompanied by low-level unrest.

In 2001 secessionists defied a ban on rallies to protest the 40th anniversary of unification with Cameroon and were confronted by security forces. Several people were killed and secessionist leaders arrested.

The separatist Southern Cameroons National Council (SCNC) set up a “government” in Britain and leaders moved into exile.

There was a new outbreak of violence in 2016 after lawyers went on strike to demand the right to use Anglo-Saxon common law. Teachers followed, protesting at the appointment of francophones in the region.

While some protesters want only a return to federalism, a minority is pushing for the creation of an independent state called Ambazonia.

In January 2017 senior secessionist activists were arrested and charged with terrorism and rebellion. President Paul Biya halted their trials in August, apparently trying to calm the situation.

In October 2017 separatist leaders issued a symbolic declaration of independence. At least 17 people were killed in clashes on the sidelines.

Radical separatists took up arms in late 2017, attacking security forces and torching symbols of the administration, such as schools. They also kidnapped police officers, civil servants and businessmen, sometimes foreigners.

In April 2018 the main opposition Social Democratic Front (SDF), which defies the separatists, described the violence as “civil war”.

A US missionary was killed in the unrest in October 2018 and the following month 79 schoolboys were kidnapped in Bamenda but freed two days later.

In December 2018 Biya ordered the release of 289 people arrested in connection with the crisis.

However in August 2019, separatist leader Julius Ayuk Tabe and nine others were sentenced to life in prison for charges including “terrorism and secession”.

More than 2,000 people have been killed in violence between separatists and security forces in the anglophone regions since October 2017, Human Rights Watch says. Around 530,000 have fled their homes, according to the UN.