Tunisia: Towards an undecided election? [The Morning Call] 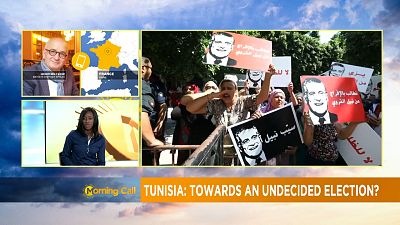 Tunisians will be heading to the polls on Sunday, September 15 to choose their next president.

An election seen as a major test of the only democracy to emerge from the 2011 Arab spring.

26 candidates, many of whom are political heavy weights will be vying for presidency. They include Prime Minister Youssef Chahed, Defence Minister Abdelkarim Zbidi, media mogul Nabil Karoui, and Abir Moussi, one of the two female candidates.

With days to the first round of vote, an unprecedented presidential debate was held last Saturday between the candidates.

The showdown is seen as the highlight of the campaign period and a turning point in Tunisian politics ahead of the vote.

There was however an empty space for controversial media mogul Nabil Karoui, who is currently detained on money laundering charges.