Zimbabwe protests US sanction against its Tanzania ambassador 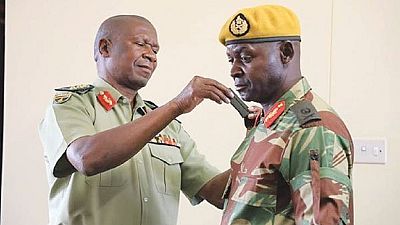 Zimbabwe protested on Friday against US sanctions against its current ambassador to Tanzania for his alleged role in the repression of a post-election demonstration that killed six people last year in his country.

Anselem Sanyatwe, former head of the presidential guard, is accused of commanding the soldiers who opened fire in August 2018 on demonstrators protesting against a delay in publishing the results of the previous month’s presidential election.

The Zimbabwean Ministry of Foreign Affairs stated in a statement that it had summoned the United States Ambassador to Harare, Brian Nichols, to “express its dissatisfaction” with the sanctions imposed on Mr. Sanyatwe.

Washington's decision is regrettable because it comes at a time when the government is stepping up its efforts to carry out political and economic reforms.

The United States has denied him entry to its territory for “his involvement in serious human rights violations”.

“Washington’s decision is regrettable because it comes at a time when the government is stepping up its efforts to carry out political and economic reforms,” including measures to be taken following the recommendations made by a commission of inquiry into the deaths of demonstrators, the Zimbabwean ministry said.

The committee considered the intervention of the security forces to be “unjustified and disproportionate”.

The soldiers opened fire on August 1, 2018 on unarmed demonstrators marching against a delay in the publication of the results of the presidential election won by Emmerson Mnangagwa. Six people had lost their lives and 35 had been injured.

Mired in a serious economic crisis since the early 2000s, Zimbabwe has been led since late 2017 by Mr. Mnangagwa, who succeeded the authoritarian Robert Mugabe following a military coup.

Despite its promises of openness, the new regime remains accused of repressing all dissenting voices.

Sanyatwe is the first Zimbabwean to be sanctioned by the United States since the fall of Mugabe.