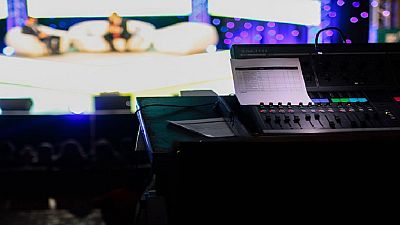 Barely 24-hours after a controversial closure, a Federal High Court in the capital Abuja has ordered authorities to restore rights to broadcast to Daar Communications Plc, operators of Africa Independent Television, AIT.

The National Broadcasting Commission, NBC, on Thursday suspended the licenses of AIT and its sister radio station, Ray Power, over what they said were flouting of professional ethics. Despite being off air, their programs continue to show on satellite, reports said.

Apparently, the company had filed a suit in late May over the threat of closure. Reports said Judge Inyang Ekwo in her ruling said both parties should maintain status quo as of May 30 when the case by Daar Communication was filed.

“I have noted the eight grounds upon which the exparte application was hinged upon, application of this nature must be considered judicially and judiciously. That, I have done.

“I hereby order that parties shall maintain status quo ante bellum as at May 30, 2019 pending the hearing and determination of the motion on notice filed in this case,” she is quoted to have said.

The outlet is owned by Raymond Dokpesi, an opposition politician, who has long accused the Muhammadu Buhari-led government of persecution because of their political leaning.

The NBC in a social media post justifying its move said the channel had failed to heed caution to desist from publishing content that was unethical and had also refused to renew broadcast licenses on time.

The regulator specifically raised a social media – led program that it said was bearing inciting in nature, the channel, however, has said it stands by the said program – Kaakaaki social.

The closure was met with widespread condemnation from the opposition Peoples Democratic Party, PDP, which reiterated its stance that Buhari was a tyrant. Human rights and press rights groups have also jabbed the government.