It was a bloody Sunday at a Catholic church in Burkina Faso as a group of attackers killed several worshippers during a service. The worshippers according to a government statement were attending morning mass at the church in Dablo.

Shorty after the service had begun, at least 20 men surrounded them and shot six dead. The attackers went on to burn down the church, setting fire also to a shop nearby and two vehicles. 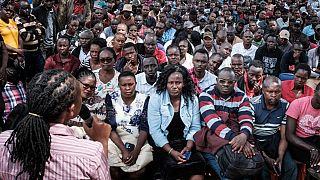