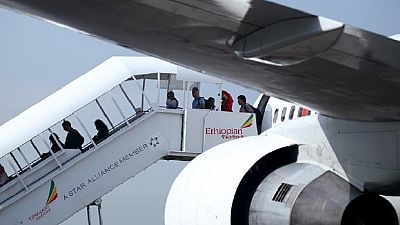 In a space of 24-hours, Ethiopian Airline has issued two press statements pointing out what it says are false reports by two American media outlets – the New York Times, NYT; and Washington Post.

On Thursday, the airline said it was disappointed at a report carried by the New York Times which suggested pilot of the ET 302 was not properly trained.

The article titled “Ethiopian Airlines Had a Max 8 Simulator, but Pilot on Doomed Flight Didn’t Receive Training,” reported that the airline was complicit in the crash but Ethiopian insisted that its pilots had completed all necessary training for the planes they handle.

“We urge all concerned to refrain from making such uninformed, incorrect, irresponsible and misleading statements during the period of the accident investigation,” the statement read in part.

Ethiopian Airlines expresses its disappointment on the following wrong reporting of the nytimes titled “Ethiopian Airlines Had a Max 8 Simulator, but Pilot on Doomed Flight Didn’t Receive Training” pic.twitter.com/FsASbdm3Sv

Early Friday morning, the airline issued another statement in response to an article published a day before in the Washington Post.

Ethiopian strongly refuted what it said were baseless and factually inaccurate allegations in the said story. “All the allegations in the article are false defamations without any evidence, collected from unknown and unreliable sources to divert attention from the global grounding of the B-737 MAX airplanes.”

The statement underscored the high level of training and safety standards that the airline has committed to over the past decades. “The airline has invested more than half a billion dollars in infrastructure only in the last 5 years which is not common in a typical global airline,” the statement added.

As in the case of the NYT statement, they stressed the need for all stakeholders to wait for the outcome of the probe currently underway to ascertain the real cause of the crash. It accused the Washington Post of trying by their story to divert attention from the real issues.

“…the subject article us trying to cover the main focus of the world to unrelated and factually incorrect allegations.” The airline also demanded that the said article be recalled and an apology issued with the correct facts.