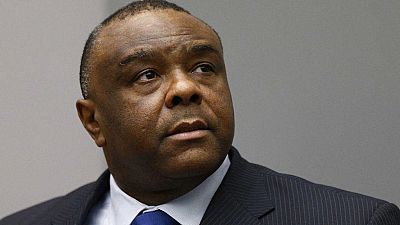 “The Belgian authorities have responded favourably to the court’s request to allow Mr Bemba to stay in Belgium, where his family lives, following his release on bail,” Reynders said in a statement, adding that the handover would be finalised in the coming days.

Bemba left the detention centre of the International Criminal Court on Wednesday following his acquittal of war crimes after a decade behind bars, his lawyer said.

The Belgian authorities have responded favourably to the court's request to allow Mr Bemba to stay in Belgium, where his family lives, following his release on bail.

He was acquitted on appeal last Friday in a surprise decision, with the International Criminal Court in The Hague saying he could not be held criminally liable for crimes committed by his troops in the Central African Republic in 2002-2003.

Bemba, 55, had been sentenced unanimously to 18 years in 2016 by ICC trial judges after a decade behind bars following his arrest in Belgium.

Bemba has requested a short-stay visa, which would allow him to remain for 90 days in Belgium at first, said a spokesman for Belgium’s migration minister Theo Francken.

That request is being considered by the foreign office.

Sources said Bemba’s wife and children already live in the Brussels suburb of Rhode-Saint-Genese, from where he was seized back in 2008 at the international court’s request.

Judges had initially found Bemba guilty on five counts of war crimes and crimes against humanity committed by his private army during a five-month rampage in the neighbouring CAR.

Bemba had sent his militia, the MLC – a rebel force that he later transformed into a political organisation — into the DR Congo’s northern neighbour in October 2002 to quash a coup against then president Ange-Felix Patasse.

Bemba had unsuccessfully opposed President Joseph Kabila in elections in 2006. After his militia clashed violently with government forces in 2007, he was forced out of the DR Congo but retains a groundswell of support.