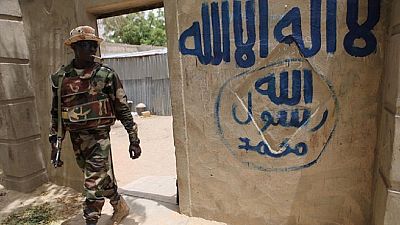 Nigeria’s government is in talks with Islamist militant group Boko Haram about a possible ceasefire with the ultimate aim of securing a permanent cessation of hostilities, the country’s information minister said on Sunday.

It is the first time in years the government has said it is talking to Boko Haram about a ceasefire in an insurgency that has killed tens of thousands of people since 2009.

President Muhammadu Buhari’s administration has repeatedly said it is willing to hold talks with the group.

Unknown to many, we have been in wider cessation-of-hostility talks with the insurgents for some time now.

“Unknown to many, we have been in wider cessation-of-hostility talks with the insurgents for some time now,” said Information Minister Lai Mohammed in an emailed statement outlining the background to the release of more than 100 schoolgirls freed last week by the group.

Boko Haram fighters stunned Dapchi’s residents on Wednesday when they drove into the town and released the girls, who said five of their group had died in captivity and one had not been freed.

Mohammed said a week-long ceasefire, starting on March 19, had been agreed to enable the group to drop off the girls. Mohammed said 111 girls were taken from the school – one more than previously thought – and six remained unaccounted for.

The freed girls were returned home to Dapchi on Sunday after meeting Buhari in the capital, Abuja, last week, according the parents of at least two girls.

Boko Haram aims to create an Islamic state. Its campaign has spread to neighbouring Chad, Cameroon and Niger but the group has been severely weakened in recent years by regional military pressure and it has lost most of the territory it once held.

Antony Goldman, of Nigeria-focused PM Consulting, said it would be difficult to negotiate with the group due to its divisions.

Boko Haram split when Islamic State named Abu Musab al-Barnawi as the group’s leader in August 2016. The other main division is led by Abubakar Shekau, Boko Haram’s most recognisable figure. He is known for videos taunting Nigerian authorities and his faction uses girls as suicide bombers.

“There are many factions, some of which have committed terrible atrocities and have a world vision incompatible with the rule of law and constitutional democracy, but other elements may be ready to settle,” said Goldman.

Security is a politically sensitive issue ahead of an election next February because Buhari was elected in 2015 in part because of his promise to improve security. For years he has said Boko Haram is defeated.

Nigeria has also seen several recent outbreaks of communal violence and it is trying to maintain a fragile peace in the Niger Delta where militant attacks on oil facilities helped push Africa’s biggest economy into a recession in 2016.

Buhari has in the last few weeks toured areas hit by security problems but has not said if he will seek re-election.