Policemen killed as Americans and Canadians are kidnapped in Nigeria 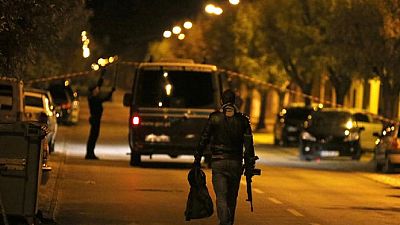 Kidnappings are rife in Nigeria, where domestic security is weak, though they overwhelmingly target other Nigerians. However, abductions of foreigners are not uncommon.

The foreigners were ambushed by unknown gunmen on their way from the town of Kafanchan in Kaduna state to the capital Abuja, Mukhtar Aliyu, a spokesman for the Kaduna state police, said by telephone.

Kafanchan is about 3-1/2 hours’ drive northeast of Abuja.

“The two police escorts attached to them engaged the kidnappers in a fierce gun battle, which resulted in the unfortunate death of the two police officers,” Aliyu said.

The United States embassy in Nigeria declined to comment.

Global Affairs Canada is aware of the reports of the kidnapping of two Canadian citizens and consular officials in Nigeria are in contact with local authorities to gather additional information, spokesman John Babcock said.

This kidnapping will increase pressure on President Muhammadu Buhari’s government to deliver on security in Nigeria. The recent communal clashes between Fulani herdsmen and farmers that left over 70 dead highlighted the continued failure of the government to secure the lives of Nigerians.

In October, kidnappers took four Britons in Delta state in the south. Three were released after negotiations, but the other, Ian Squire, was killed.

The Abuja-Kaduna road has long been a haunt for kidnappers. Last February, two German archaeologists were abducted in the region, though were later freed.

Yes, and who travels in that area at 10pm at night towards Abjua anyway? Nigeria's “highways” are treacherous enough as roads, and those approaches to Abuja from the north are known as kidnapping territory. Feel very sorry for the two dead police officer's families.

.USEmbassyAbuja and CanHCNigeria should be asking the IGP, COAS, DG SSS tough questions about the conflict economy in southern Kaduna. To what extent are security personnel/commanders complicit in and profiting from kidnapping for ransom (KFR) across Nigeria? https://t.co/UM3fl8VmkR

Kidnapping an American will surely bring an END to KIDNAPPING in Nigeria. They have a made a mistake. Chai!

Kidnapping of foreigners will scare away investors. The security architecture of Nigeria have to be strengthened effectively to forthwith curb the menace of kidnappings galore in the country. 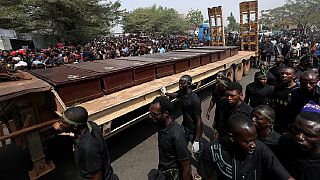 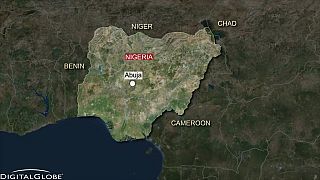 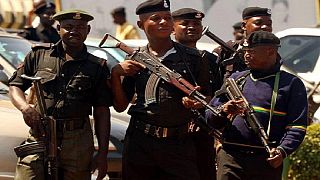