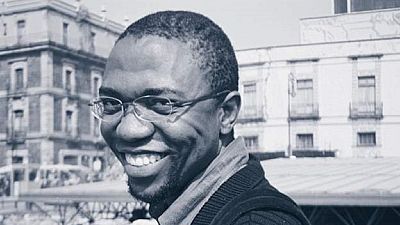 A known critic of Cameroonian president Paul Biya has been arrested at the airport while he was about to leave for Zimbabwe, media reports in the country have said. He is said to be in the custody of the police.

Patrice Nganang is said to have recently authored an article in the popular French magazine Jeune Afrique. The article criticised the government’s handling of the Anglophone crisis which has bedeviled the country over the past few months.

His wife, Naysha Bakare, told the BBC that she was certain that it was the Jeune Afrique article that had landed him in the current situation.

2. Patrice Nganang had spent several days visiting the Anglophone region of #Cameroon and published an article critical of the governments handling of the situation there. He checked into a flight on December 6, 2017 but did not Board the flight. #Zimbabwe

What has become known as the ‘Anglophone Crisis’ in Cameroon is at the stage of a confrontation between secessionists and the army. President Paul Biya last week declared war on the activities of the secessionists.

The declaration followed attacks on members of the security forces, which incidents claimed six lives – four soldiers and two policemen only last week. It brought the total number of casualties to 10 after four others were killed weeks back.

The separatists are pushing for an independent country that seeks to breakaway with the two predominantly Anglophone regions – northwest and southwest regions.

The Cameroonian government has been slammed in recent past by rights organizations like Amnesty and Human Rights Watch for trampling on the rights of the media and political actors.

Yaounde is accused of torturing people being held and unnecessarily delaying trials which do not follow the due course of the law.