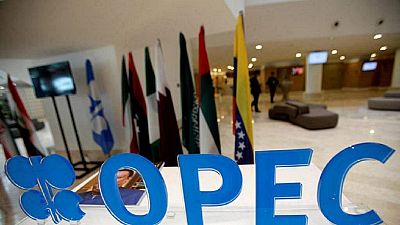 Oil dropped after OPEC and allies led a coalition of major crude producers agree to a drop in oil cuts halfway through 2018.

The Organization of Petroleum Exporting Countries on Thursday ratified a long-awaited extension of output caps for a second year urging Russia and other major producers to do the same.

OPEC and non-OPEC oil producers on Thursday agreed on extending output cuts until the end of 2018 to finish clearing a global glut of crude while signaling they could exit the deal earlier if the market overheats.

Non-OPEC Russia, which this year reduced production significantly with OPEC for the first time, has been pushing for a clear message on how to exit the cuts so the market doesn’t flip into a deficit too soon.

The producers’ current deal, under which they are cutting supply by about 1.8 million barrels per day () in an effort to boost oil prices, expires in March.

Before the 14-country OPEC’s meeting started at around 1100 GMT in Vienna, Saudi Energy Minister Khalid al-Falih said he favored extending cuts by nine months until the end of 2018.

He said it was premature to talk about exiting the cuts at least for a couple of quarters and added that OPEC would examine progress at its next meeting in June.

The Iraqi, Iranian and Angolan oil ministers also said a review of the current deal was possible at the next OPEC meeting in June in case the market becomes too tight.

International benchmark Brent crude LCOc1 rose more than 1.5 percent on Thursday to above $64 per barrel.
The meeting of the Organization of the Petroleum Exporting Countries will be followed by a gathering of OPEC and non-OPEC producers led by Russia at around 1400 GMT.

With oil prices rising above $60, Russia has expressed concerns that such an extension could prompt a spike in crude production in the United States, which is not participating in the deal. 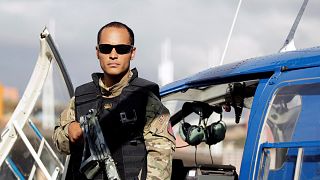 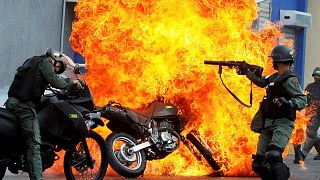