Egypt third in round two of UNESCO boss vote 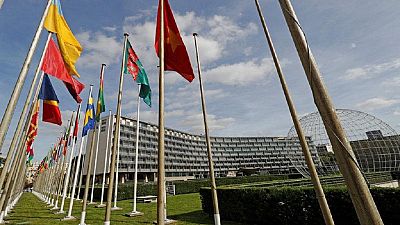 Qatar was leading the race to become the new boss of UNESCO, the United Nations education and cultural body, after a first round vote on Monday, followed by France and Egypt.

All the candidates have vowed a grassroots overhaul and pledged independence from their home nations.

“I can assure you that there is no doubt that UNESCO needs the participation of all the countries in the world, without exception, small or big”, Al-Kawari.

I can assure you that there is no doubt that UNESCO needs the participation of all the countries in the world, without exception, small or big.

If the ex family and population minister wins, she will be the first African woman to head the United Nations education and cultural organization.

The cash-strapped body is frequently riven by international rivalries as tensions between member states boil over into its projects, among them the designation of world heritage sites.

Stay tuned to UNESCO for round 2 vote tally for nomination of the candidate to the post of Director-General, 17h30 CET. #NextUnescoDG

Candidates need to secure 50 percent of the votes to be elected to replace Bulgaria’s Irina Bokova and members have five days to pick the new director-general.

A new vote will be held every day of the week until a candidate wins 50 percent. On the final day if there is no winner, the top two candidates progress to a run-off.