Over a dozen African heads of state, leaders in Rwanda for Kagame's inauguration 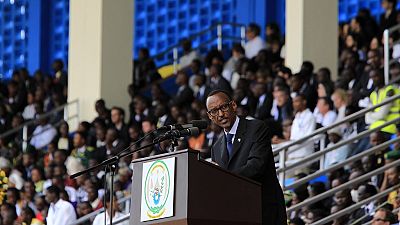 Over a dozen African heads of state and leaders have arrived in Rwanda’s capital Kigali ahead of the inauguration of President-elect Paul Kagame scheduled for Friday.

Among the heads of state present are presidents Faustin Archange Touadera of the Central African Republic, Brahim Ghali of the Sahrawi Arab Democratic Republic, Ismail Omar Guelleh of Djibouti, Mahamadou Issoufou of Niger.

President Touadera arriving at the airport. Several African heads of state will attend the inauguration ceremony at Amahoro Stadium pic.twitter.com/zLwn7gUqnJ

Djibouti President Ismail Omar Guelleh is the 3rd Head of State to arrive for the swearing in slated for Friday #Rwanda #Kagame pic.twitter.com/MYElnB5au1

The President of Niger just arrived at Kigali International Airport for the inauguration ceremony #Rwanda pic.twitter.com/chWxbf6NL6

Also in Kigali are presidents Edgar Lungu of Zambia, Macky Sall of Senegal, Sasou Nguesso of the Republic of Congo and Hage Gottfried Geingob of Namibia.

The latest head of state to arrive for the swearing in of President PaulKagame is Zambia's Edgar Lungu pic.twitter.com/QYZYwZZc2D

President Macky Sall of Senegal has also arrived a day before the swearing in of President #Kagame pic.twitter.com/2n1ipmDO9a

The dignitaries will witness the swearing-in of Paul Kagame on Friday at the Amahoro National Stadium for his third term of office.

Kagame won the August 4 presidential elections after garnering 98.7% of the votes against main opposition party leader Frank Habineza and independent candidate Philippe Mpayimana who performed poorly in the polls.

The result was not different from what Kagame secured in the 2003 and 2010 polls after he became president in 2000 following the resignation of his predecessor Pasteur Bizimungu. 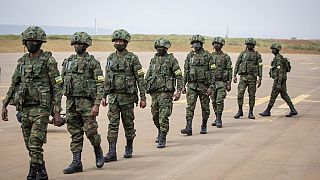