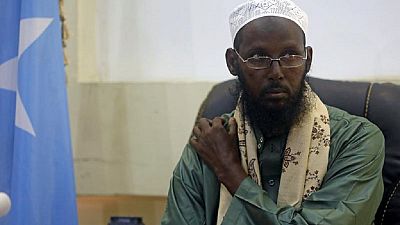 The recent defection of a one-time deputy leader of insurgent group Al-Shabaab, Mukhtar Robow Abu Mansur, has split opinion over whether he should be prosecuted by the Somali government.

Robow in a media engagement in the capital, Mogadishu, on Tuesday called for other militants to quit the group. “I left al Shabaab because of misunderstanding, and I disagreed with their creed which does not serve Islamic religion, people and the country,” he said.

But the call for him to be prosecuted started from a senior researcher with Human Rights Watch group. It has split views on Twitter with most responders slamming HRW for the call.

International law prohibits amnesties for those responsible for grave abuses. Mukhtar Robow had a leadership role in Al-Shabaab at a time when we documented indiscriminate attacks on civilians, forced recruitment of children, and other abuses against residents under the group's control.

“International law prohibits amnesties for those responsible for grave abuses. Mukhtar Robow had a leadership role in Al-Shabaab at a time when we documented indiscriminate attacks on civilians, forced recruitment of children, and other abuses against residents under the group’s control,” Laeticia Bader said.

“Somalia’s government needs to investigate Robow’s role and ensure that those responsible for the worst abuses aren’t able to escape just punishment,” the HRW researcher added.

Her post has come under critique from a section of people responding to her position. Whiles some asked that HRW should equally call for justice on wesetrn leaders who also superinted over similar abuses elsewhere, others also slammed the idea of international law.

Human Rights my foot. If under amnesty call many can surrender why not. If peace is restored Human rights crusaders will be jobless

“International Law” issa joke! Better we deal with the enemies we know.

Amnesty for those who turn themselves in is better in the long run than retributive justice .

Have u Ever seen, What is going on Gazza Daily killing abusing even Prayers!!
Did you said anything about it?!

Human Rights Watch should investigate AMISON for their abuses including SEX CRIMES.

This is a Somali affair.human rights watch stay out. Let’s look at the bigger picture.

The HRW position, however, got a few persons backing the need for prosecution to soothe the pain of families that lost loved ones during attacks commandeered by Robow.

Bush&Blair do Not concern us, the question is: did Robow commit crimes? If yes, Let him face justice.

Thank you madam. This guys has thousands innocent bloods in his hands. More concerning is our government providing him a room at state house

Robow fell out with al Shabaab in 2013, keeping a low profile in the jungles with his forces until defecting last week. The Islamists have launched multiple attacks to try kill or capture him.

Robow’s defection comes two months after the United States removed a $5 million reward for his capture and took him off its list of sponsors of terrorism. It was not immediately clear if the timing of the defection was linked.

The defection, however, it could give pro-government forces more freedom to operate in the regions of Bay and Bakool, cutting al Shabaab’s operational territory in two.

Al Qaeda-allied al Shabaab were forced out of the capital Mogadishu in 2011. They have also since lost nearly all other territory they previously held after an offensive by Somali government troops and African Union-mandated AMISOM peacekeepers.

The group still remains a formidable threat and frequently carries out bombings both in Mogadishu and other towns against both military, African union forces and civilian targets.