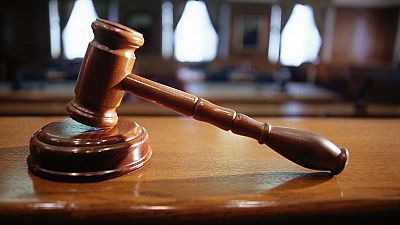 A Rwandan man who sought asylum in the United States claiming he fled the African nation’s genocide of 1994 was charged by U.S. prosecutors on Friday with lying about having been part of the political party that led the killing.

Jean Leonard Teganya, 46, left Rwanda during the year that members of a hard-line Hutu regime massacred an estimated 800,000 ethnic Tutsis and moderate Hutus in three months of slaughter, prosecutors in Boston said.

Teganya traveled through Congo and India before arriving in Canada in 1999. He twice sought asylum there but was denied after Canadian officials concluded he took part in atrocities against Tutsis at the hospital where he worked as a trainee in the southern city of Butare, prosecutors said, citing witnesses.

The genocide was carried out by Hutus from the ruling MRND party, and it followed the shooting down by unknown gunmen of a plane carrying the then-presidents of Rwanda and neighboring Burundi.

After his second attempt at securing asylum in Canada failed, Teganya in 2014 crossed into the United States, entering through Houlton, Maine, where he encountered U.S. Customs and Border Control officers and requested asylum.

He said his father had been a senior local leader of the MRND, but did not reveal that he too was a member.

Teganya is due to appear in Boston federal court on Friday on charges of immigration fraud and perjury, prosecutors said. If convicted, he could face up to 10 years in prison.

Rwanda says it has issued over 600 arrest warrants globally for genocide suspects still at large.