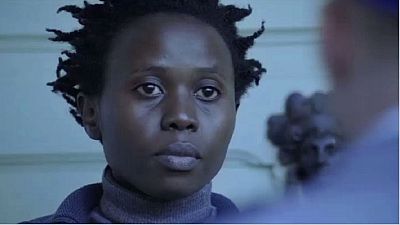 A Rwanda genocide movie has premiered in the Czech Republic three years after the death of its director.

“The Birds Sing in Kigali” was completed by Polish director Joanna Kos-Krauze and has drawn attention at the 52nd International Film Festival, at the Karlovy Vary spa.

Kos-Krauze began working on this drama of the Rwandan genocide with her husband and long-time collaborator, director Kryssztof Krauze, who died in 2014.

It is based on the civil war between Hutus and Tutsis; telling the story of Polish birdwatcher Anna, who traveled to Rwanda in 1994 just before the start of a bloody genocide.

“We wanted to make a film about the Holocaust for a long time, but we could not find a History, where we could tell the story using a new language, and then we decided, after spending nearly six years in Africa and after coming to Rwanda, that we were going to try to combine these two elements’‘, Kos-Krauze explains

In the movie, Anna saves the daughter of a local colleague whose entire family has been murdered and takes her to Poland, only to return later and follow Claudine back to Africa.

There she observes the Tutsi woman’s search for traces of her former life and graves of her family members.

Part of this shooting appearing at the end of the film was done in Rwanda. It is about a third of the story, according to Polish actress Jowita Budnik.

“But we spent a lot of time in Rwanda, spent about three months there, it’s an unusual experience, a country and a totally different culture. We also remembered that we were making a film about a terrible genocide, and despite the beauty of the country and the wonderful people, it was hard to forget. “

The UN states that nearly a million people, mainly Tutsis died during the four months of genocide in Rwanda. Tens of films have been produced around this tragedy. It is a story that will be told over and over again for generations to come.