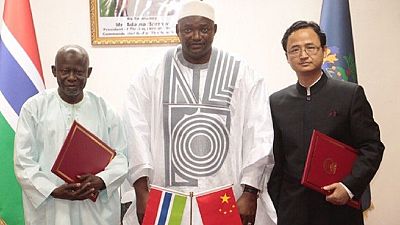 China has decided to waive all taxes on exports from The Gambia as well as offer scholarships to 150 Gambian students.

This was disclosed by the Chinese ambassador to The Gambia, Zhang Jiming at an event for the media over the weekend, local Gambian media The Fatu Network reported.

The ambassador said the decision was reached as a result of “mutual respect and equality and mutual benefit”.

He also said the scholarship offered is an increase from 12 last year to 150 Gambian students to study short courses in China.

Ambassador Zhang Jiming added that a team of medical doctors will arrive in the country to exchange expertise in an effort to strengthen relations between the two country.

Earlier this month, the Gambian government signed a bilateral agreement with Russia to waive visa for diplomatic passport holders.