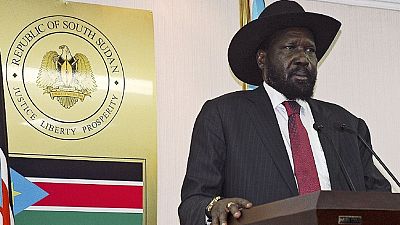 The case against officials in President Salva Kiir’s office accused of stealing millions of dollars from the state by forging the president’s signature will be retried.

The South Sudanese Court of Appeal quashed the over a year old case on Tuesday in an 80-page ruling and ordered that the 16 accused persons remain in detention, local media Sudan Tribune reported.

Early 2015, the accused persons were investigated, arrested and sentenced to life imprisonment on June 13, 2016 for forging the president’s signature and withdrawing as much as $14 million and millions of local currency.

Among the accused were former administrative officer at the presidency, John Agou and his his employees including four Kenyans who were tried without lawyers and sentenced to 72 years in prison.

The families of the Kenyans had demanded for their release saying they were not granted a fair hearing.

They are currently serving their sentences at the Juba Central Prison.