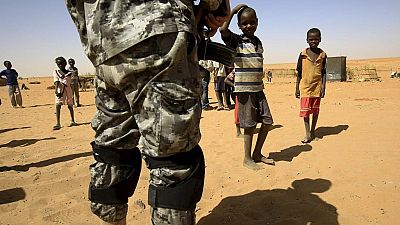 The United Nations is considering new measures to eradicate growing sexual abuse by its peacekeepers, including freezing payments to the countries of origin of the perpetrators.

UN Secretary-General Antonio Guterres said Thursday in an annual report that the number of cases of sexual exploitation or abuse involving peacekeepers and civilians employed in UN missions had jumped to 145 in 2016, compared with 99 the previous year.

The increase, according to the report, is explained by the fact that more victims are speaking out. The secretary general said that the reports in 2016 had emanated from 311 people, mainly women and minors.

Mr Guterres suggested retaining funding for countries of origin that would not investigate their accused soldiers deployed in peacekeeping missions within a “reasonable time”.

The funds would then be redirected to a fund for victims.

This measure already exists on an individual basis when an employee is involved. UN officials said at a press conference that US $ 49,000 had already been retained.

Mr. Guterres’ proposal would seek to widen this blocking of funds to a whole contingent when one of its own is accused.

The international organization has been shaken by a wave of accusations of sexual abuse perpetrated by UN peacekeepers deployed on civilian protection missions.

Guterres, who assumed command of the UN in January, acknowledged that the organization “continues to face the scourge of sexual exploitation and abuse, despite significant efforts over the past several years to address it “.

The largest number of cases have been recorded in four missions: Minusca in the Central African Republic, Monusco in the Democratic Republic of Congo, Minustah in Haiti and Minuss in South Sudan.

Under United Nations rules, it is up to each country to investigate and punish its nationals if necessary.

The United Nations boss has called for the appointment of an ad hoc human rights expert to defend the rights of victims, which would report directly to the Secretary-General.

He also called for the appointment of a Victims’ Rights Defender in the four most affected missions.

Another proposal is to create a team of investigators to better examine the charges, check the background of the UN staff, to respect the “ban on alcohol consumption” and new guidelines on relations with populations and local authorities.

There is no “magic wand” to solve the problem but the United Nations can “greatly improve” their management, said Guterres.

The UN has been under pressure to clean up its peacekeeping missions since the United States, the main contributors to these operations with eight billion dollars a year, announced a review of their level of funding.

Human rights groups regularly complain about the lack of accountability of mission staff, many of whom have escaped investigation or received only mild sanctions.

Amnesty International responded positively to Mr Guterres’ proposals but said it was “concerned, however, by the lack of pressure on member countries to ensure that incidents of sexual abuse are investigated and prosecuted fairly”.