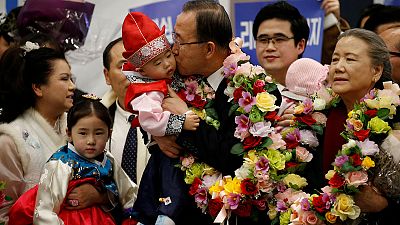 The former United Nations Secretary General Ban Ki-moon has arrived home in Seoul saying he will decide soon on whether to run for president in South Korea.

Speculation is rife that the 72-year-old will seek the country’s top job in elections that may come early if President Park Geun-hye is forced out of office by a scandal over influence-peddling.

The former UN chief addressed a large crowd of media and well-wishers at Incheon international airport.

“I am ready to burn my body in devotion to unite a divided country into one and make South Korea a first-class country again,” he said. “With a humble attitude, I will make an unselfish decision. It will not take long before the decision comes.”

Ban’s return comes as South Korea is in the midst of a political crisis.

President Park has been stripped of her presidential powers pending a court decision on whether to uphold parliament’s move to impeach her.

Ban Ki-moon’s path to the presidency took a knock this week when his younger brother and nephew were accused in a New York court of bribery in an international business deal.

The former UN chief said he was dismayed by the affair and knew nothing about it. 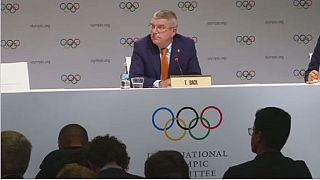 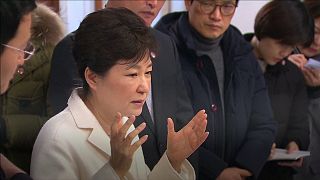