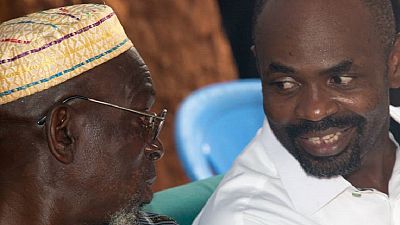 A Criminal Court in the capital Lome handed down the sentence on Thursday. The Court ruled that Olympio, should pay 5.9bn CFA to his former business partners plus damages of 885 million CFA.

The accused, who was absent from court, is accused by his former partners of embezzling the said funds belonging to Axxend group, specializing in IT and telecommunications.

His party said he condemned the verdict. ‘‘Olympio reiterates that he does not recognize any of the acts for which the Togolese justice has ruled,’‘ calling into question the legality and fairness of a process that was clearly flawed, Nathaniel Olympio, his Chief of Staff told the AFP.

Mr Olympio, a computer scientist and businessman, intended to run in presidential elections last year against incumbent Faure Gnassingbe, but later withdrew saying the voters’ registers had been inflated.

Alberto Olympio is the nephew of Gilchrist Olympio, a historic political opponent who led Togo’s main opposition party in the 1990s till 2013. Gilchrist is the son of Sylvanus Olympio, father of Togo’s independence who was assassinated in 1963 coup.

The coup of 1963 and another in 1967 against his successor (Nicolas Garunitzky) resulted in then Colonel Eyadema seizing power in 1967. Gnassingbe Eyadema led Togo till his death in 2005 before his son was elected to replace him.