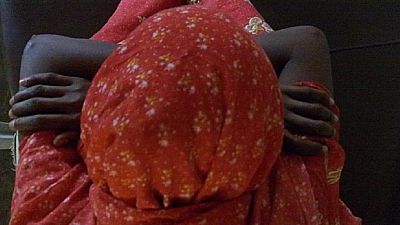 The United Nations Development Programme (UNDP) says child marriage remains a dominant problem across the continent. The UN estimates that some 50% of girls married off in East, West and Central Africa were under 18 years.

This was contained in the latest edition of the UNDP’s Africa Human Development report (AfHDR) 2016 titled, ‘‘Accelerating Gender Equality and Women’s Empowerment in Africa.’‘

The report revealed that over 58% of marriages among women currently aged 20-46 years in Niger, Chad, Ethiopia and Guinea, occurred when they were under age (i.e. below the age of 18)

Achieving gender equality and women’s empowerment is the right thing to do, and is a development imperative.

The UN thus warned that if the current trend of increased child marriages continue across the prevalent regions, ‘‘it will not be fast enough to offset population growth and early child marriage will double by 2050.’‘

The issue of child marriages was highlighted under chapter 3 of the report, (The social dimension of gender inequality,) a chapter dedicated to addressing issues of health related gender issues and their adverse effect on the development of women across the continent.

Other issues aside early child marriage included maternal mortality, women’s premature death (‘missing women’) workplace health risks and Health risks from violence committed
against women. The report said despite improvements in the area of maternal mortality over the past two decades, more needed to be done to address other risk factors.

The second issue of missing women was closely allied to maternal deaths. The report defined it as ‘‘the female population that could be expected if men and women received similar care in health, medicine and nutrition.’‘ There again, the report noted that Africa was lagging behind in the fight.

The UNDP report analyses the political, economic and social drivers that hamper African women’s advancement and proposes policies and concrete actions to close the gender gap.

These include addressing the contradiction between legal provisions and practice in gender laws; breaking down harmful social norms and transforming discriminatory institutional settings; and securing women’s economic, social and political participation.

The report was launched by Kenya’s President Uhuru Kenyatta at the ongoing Tokyo International Conference on African Development (TICAD) VI.

‘‘Achieving gender equality and women’s empowerment is the right thing to do, and is a development imperative”, Helen Clark, UNDP administrator said.