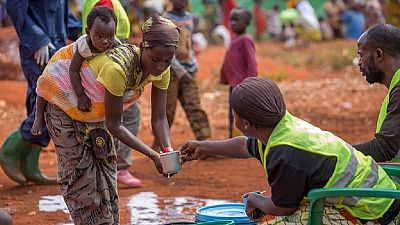 According to Willy Nyamitwe, a media and communications advisor at the presidency, the report was full of falsehood calculated to demonize the ruling party and its youth wing.

He further stated in a series of tweets that the publication was sponsored by elements who were doing everything possible to back calls for the United Nations Security Council to send police officers to the country.

Attackers from Burundi’s ruling party youth league tied up, brutally beat, and gang-raped women, often with their children nearby. Many of the women have suffered long-term physical and psychological consequences.

He stated that the Imbonerakure, youth of the CNDD FDD were not a gang of rapists and that HRW was bent on rehashing old facts of gang-rape even in the face of several denials in the past. ‘‘HRW has lost all the battles against Burundi for months. It will lose this also and the truth will triumph,’‘ he added.

HRW reported on Wednesday that they had found that members of the Imbonerakure, youth league of Burundi’s ruling party had severally gang-raped relations of political opponents.

The group further reported in its communique titled ‘Burundi: Gang Rapes Ruling Party Youth’ that male members of the opposition who were targeted by the youth and security services (particularly the police) were killed or abducted whiles the rape took place.

A women’s right emergencies researcher with the group said “Attackers from Burundi’s ruling party youth league tied up, brutally beat, and gang-raped women, often with their children nearby.

“Many of the women have suffered long-term physical and psychological consequences,” Skye Wheeler added.

The international rights group said it interviewed over 70 rape victims in May this year in the Nduta refugee camp in Tanzania, a camp that currently holds 140,000 Burundian refugees.

The lack of funding from donor agencies towards the welfare of refugees is also worsening the situation. The UN refugee agency reported that donors have provided less than 40% of funds requested to help Burundi refugees in Tanzania.

Human Rights Watch said it was still awaiting a response from president of the ruling party, Pascal Nyabenda, following a submission of its findings to his office on July 12, 2016.

President Pierre Nkurunziza’s decision to seek a third term as president led to political unrest since April last year. He went on to win elections in July and was subsequently sworn in as president.

Human Rights Watch as the name implies is a global human rights institution. They investigate issues of rights abuses by governments and institutions and expose the facts widely in the media.

HRW also puts pressure on those with power to respect rights and secure justice. It is an independent outfit that works as part of a vibrant movement to uphold human dignity and advance the cause of human rights for all.