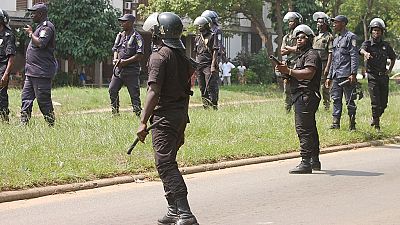 A renewed protest against high electricity prices turned violent in the town of Daloa in west central Ivory Coast after protesters ransacked offices of the electricity company and police responded by firing tear gas.

This follows a similar protest in the administrative capital of the country, Yamoussoukro where protesters burned tires and set fire to a car belonging to the national electricity company (CIE) before they were dispersed by the police.

According to an eye witness, Sery Roland, who spoke to AFP, the protesters in Daloa looted the premises of the CIE taking computers and movable property. The police dispersed them by firing tear gas, he added.

The electricity tariffs were expected to rise early in the year to between 6 and 10%, according to the Ministry of Energy; but many consumers have received higher bills.

Ivorian President Alassane Ouattara had publicly asked ICE to review its tariffs to fight against high prices. However, the bills in the following months had a significant increase in prices.

“The government is responsible for the current social tension and protests in Yamoussoukro. They should stop the increases in pricing to avoid the difficulties faced by consumers,”, the president of the Federal Union of Consumers in the Ivory Coast Jean-Baptiste Koffi, told AFP on Tuesday.

President Ouattara had announced on May 1, after the price increases, to end the monopoly of ICE to bring the prices down.