Bangladesh’s government says 20 hostages were killed by Islamists in a siege in cafe in the capital Dhaka. Most of the victims were either Italian or Japanese.

Six of the attackers were killed and one was arrested, Prime Minister Sheikh Hasina said in a TV broadcast.

An army official said they rescued 13 hostages including one Japanese and two Sri Lankans.

“They couldn’t be older than 28 years old. Actually I saw them from a distance… they were lanky, but I saw two faces quite well. I mean, I saw them and they were not bearded,” said Sumon Reza, the cafe manager who saw the gunmen storm in the restaurant before he managed to flee to the roof.

Reports said the victims had been “brutally” attacked with sharp weapons and that the gunmen tortured anyone who was unable to recite the Koran.

The attack, claimed by the Islamic State, marks a major escalation in a campaign by militants over the past 18 months that had targeted mostly individuals advocating a secular or liberal lifestyle in mostly Muslim Bangladesh. 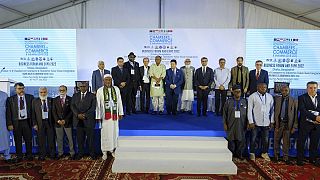 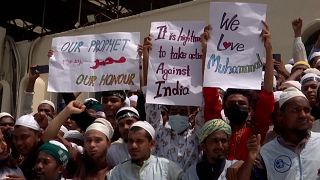